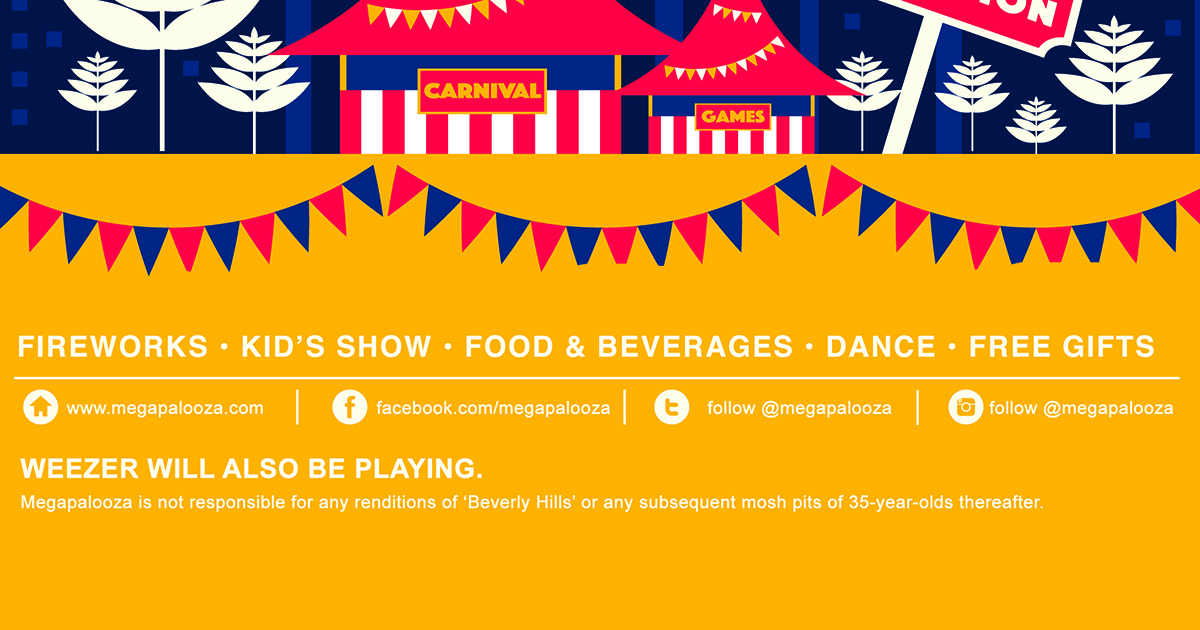 OKLAHOMA CITY, Okla. — The lineup poster for this summer’s Megapalooza included a tiny disclaimer below rows of band names warning attendees that the festival may contain Weezer.

“I bought my ticket because the lineup looked sweet, but a tiny asterisk led me to a warning,” said Veronica Smith, who planned to attend the show. “I assumed it would be about food-borne illness from a concert hot dog, but it said ‘Megapalooza is not responsible for any renditions of ‘Beverly Hills’ or any subsequent mosh pits of 37-year-olds thereafter.’ I knew they did a huge font for the headliners and smaller fonts for the smaller acts, but they put Weezer in tiny writing next to a warning about heat stroke.“

“Actually, that makes sense. I get lightheaded and nauseous when I hear ‘Island in the Sun,’” she added.

Smith contacted a lawyer, who said that the disclaimer had technically disqualified any chance of a refund.

“My client will be putting her social life on the line with the risk of hearing ‘Magic’ by B.o.B. featuring Rivers Cuomo live in concert,” noted Smith’s lawyer in a statement yesterday. “And she suffered immense monetary losses when the Weezer revelation dropped ticket resale value to zero dollars. Unfortunately, the disclaimer covered the festival promoter’s asses, and the full risk of sharing an Instagram story with the first words of ‘El Scorcho’ entirely audible was taken by my client, and my client alone.”

“I heard a radio ad for Megapalooza the other day and it sounded like an awesome time,” said CJ Dowd, another potential attendee. “But at the end, that fast-talking guy from prescription drug commercials came on and said ‘Side-acts may include Weezer. Megapalooza is not liable for an outbreak of Pinkerton.’ This is a festival in the time of pandemics and natural disasters. I know that there are going to be potential hazards, but I have a family, and if I get ‘The Sweater Song’ stuck in my head, and I start humming it at home, I’ll lose them.”

At press time, Megapalooza had mailed out legal waivers stating that those who have not signed off on the risk of a “Getchoo”-induced spinal injury will not be let into the show.