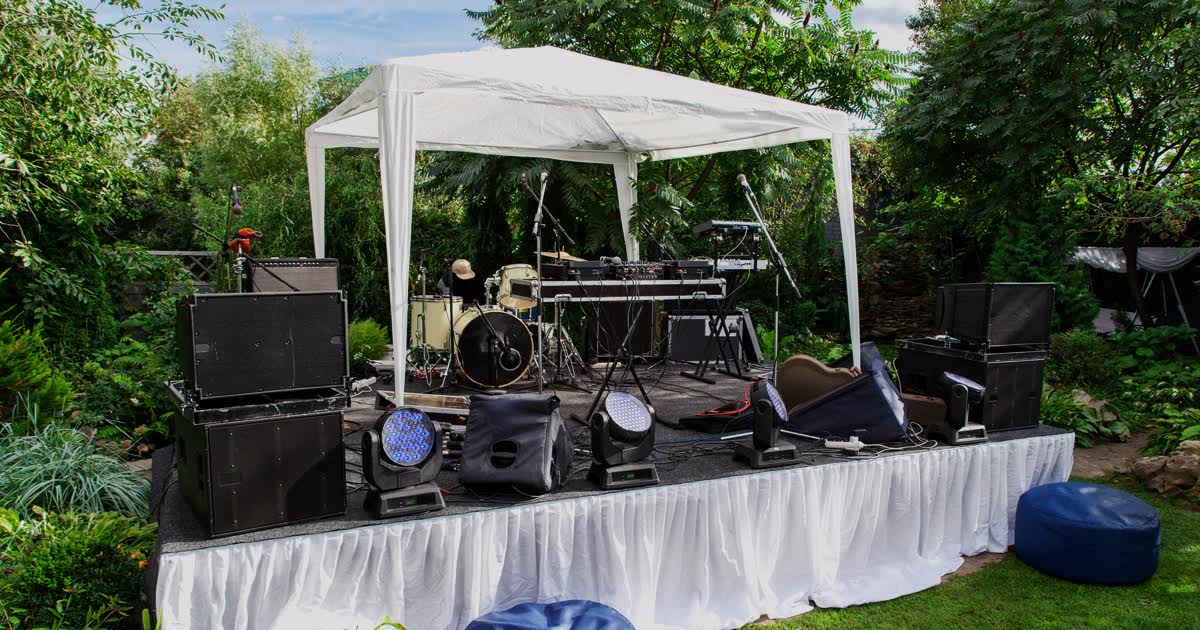 SANTA BARBARA, Calif. — Newly-formed cover band The Good Beats is having second thoughts about playing the afternoon wedding reception of Helen and Juan Garcia, sources close to the band confirmed.

The band, composed entirely of veterans from the L.A. rock scene, formed one month ago in a bid to earn steadier income performing live music. Those close to The Good Beats report the band was initially very enthusiastic to play weddings, bar mitzvahs, and ice cream socials, but are now panicking in the face of change.

“I need this gig to make rent this month,” said vocalist Laura “Spinepuncher” Foley, who previously fronted a grindcore band before putting her new group together. “But now that we’re here, it’s like, is this what we want our future to be? A wedding band? Playing ‘Thriller’ and then following it with Cake’s ‘Love You Madly?’ It’s just … playing a wedding is a big commitment. I’m not sure we’re ready.”

Other members reported similar feelings, despite not yet voicing them to the entire group. Drummer Mark Spence, who would frequently show up to gigs wasted and hours late, complained about the accountability of a wedding performance. “Didn’t think I’d have to change my whole lifestyle for this gig,” he admitted, dreading the upcoming four hours of playing in the middle of the afternoon. “I feel like I’m cutting my balls off to be with this band.”

Bassist Jess Brown is particularly afraid of the artistic compromises involved with a wedding gig. “I was thinking we could throw in an original song or two, but now that we’re actually here, it’s so obvious I was wrong. It’s a give-and-take thing, I guess,” she said.

Wayne Harber, The Good Beats’ keyboard player, seemed the most concerned, however. He cautioned that his buddy, Todd, was in a wedding band once—a band that was “much more passionate about the style than The Good Beats, and knew each other longer before they got together.” That band only lasted for two years.

“Did you know 50 percent of wedding cover bands eventually break up?” Harber added. “That’s a scary statistic. What happens if we have to split custody on a guitar player?”

Still, Foley is doing her best to go through with the performance. “This is our big day, and it’s supposed to be perfect,” she said. “Plus, everyone has already flown in. It’s too late to cancel anyway.”