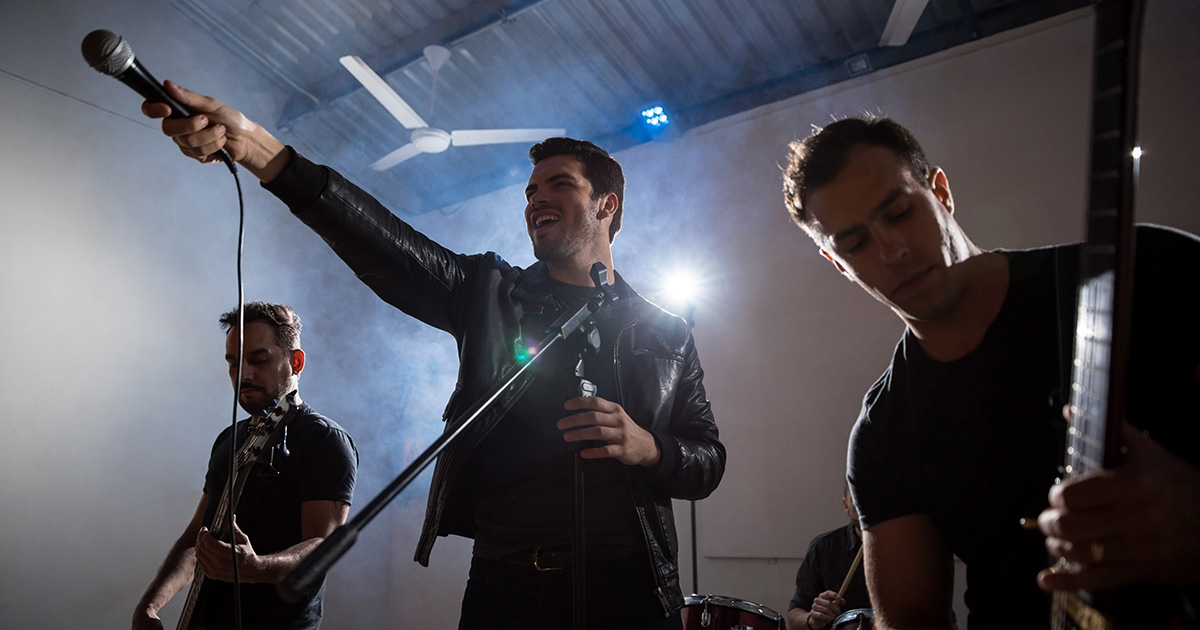 “Quite frankly, I’m sick of singing that shit every night. We wrote this song 18 years ago, I want to give someone else a turn,” said Winters. “I spotted a dude who was swaying back and forth, not to the music, but just trying to stay standing up because he was so drunk. He had been shouting random disruptive shit all night, so I wanted to see what he could come up with. When I got to the chorus, I put the mic to his face, and he went on a rant about how ‘the CIA is tracking us through our fillings.’ Apparently, he had been brought to the show by a friend and didn’t know the lyrics at all, but he did stick to the melody, which was nice.”

Shamani Williams, who saved for three months to afford the $8 ticket, was more than disappointed.

“I skipped countless therapy sessions and even missed a few months of rent payments so that I could pay to be there that night. I love Avery’s vocals so much. I couldn’t wait to hear it live,” lamented Williams. “Instead, he stuck the mic in the face of some random wasted asshole. As soon as he opened his mouth, I could smell the bourbon even though I was about six rows behind him. Pretty sure his breath burned a hole in the mic, because Avery’s voice didn’t sound right the rest of the night.”

“I’ve heard him sing it a million times, so I thought it was hilarious when that guy basically threw up on the mic,,” admitted Gabor while packing up leftover shirts and enamel pins. “By the end of that dude’s rant, I ended up thinking that he had made some good points about how the government is monitoring our every move and we need to be more conscious about how we navigate the internet. Maybe at the next show, Avery can find a government agent in the crowd to present a counter argument.”

At press time, Winters revealed “off the record” that he hadn’t really been paying attention and forgot where he was in the song, so he chose to pass the mic off to remind himself.