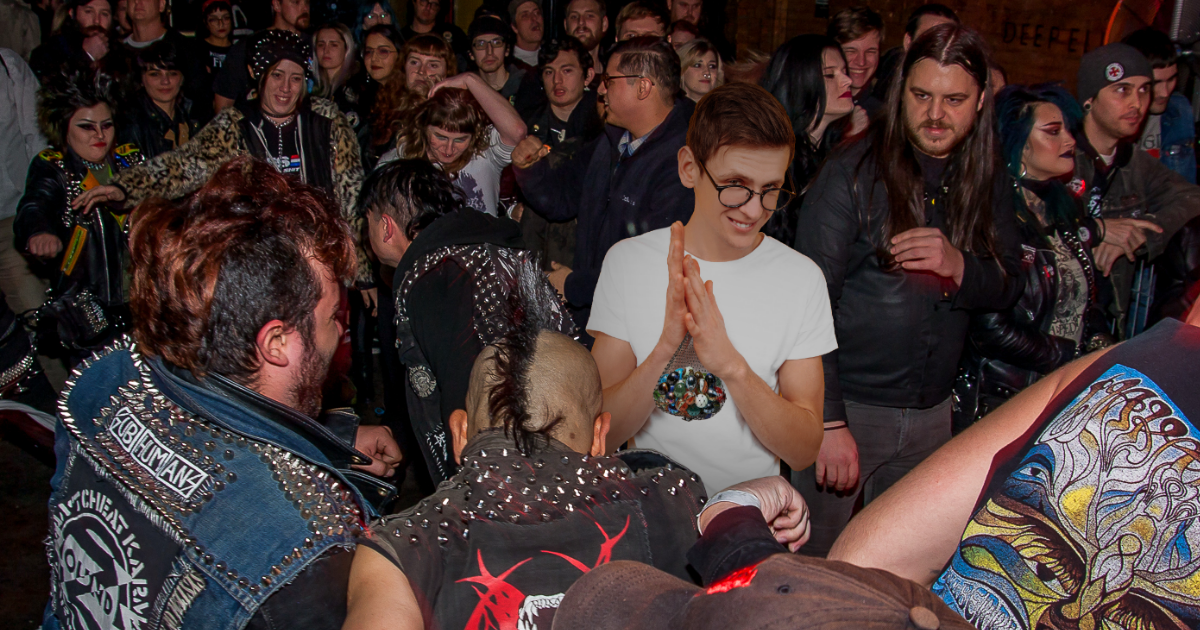 “There was really no cause for alarm,” said head of security Chris Ronson. “My team was fully aware of the situation and handled it in accordance with our in-house protocol. Look, people bring all kinds of weird shit in here — we can’t approach every showgoer holding a bag of marbles or bucket of thumbtacks or terrarium full of tarantulas. This ain’t the first code: ‘Home Alone’ we’ve had here, and it probably won’t be the last.”

Despite the assurance from security, numerous show attendees were concerned by the guy’s presence by the pit with a bag full of the most classically slipable object in existence.

“Yeah, I saw that guy. We all saw him.” said show attendee Kira Jackson. “Anybody who has seen ‘Animal House’ knows what he’s planning to do. Where’s the security? I haven’t even gone in the pit because I know as soon as I do, I’m gonna end up in recreating a ‘Three Stooges’ bit… and I really don’t wanna spill my drink.”

However, some looked forward to the possible mayhem the unleashing of the marbles might bring.

“Man… I’m old enough by now to know what a nightmare an inflamed knee or a twisted ankle can be. But after playing essentially the same show every night for like, two months straight, it would be kinda cool to see a bunch of people just eat shit on the floor,” explained Slaughter Otter frontwoman Reva Diaz. “I’m tempted to toss an old banana peel out there myself if this dude doesn’t make a move soon.”

The marble-possessing man was last seen untying the drawstring to the bag of marbles and mock-lobbing it while making ‘whooshing’ noises with his mouth.