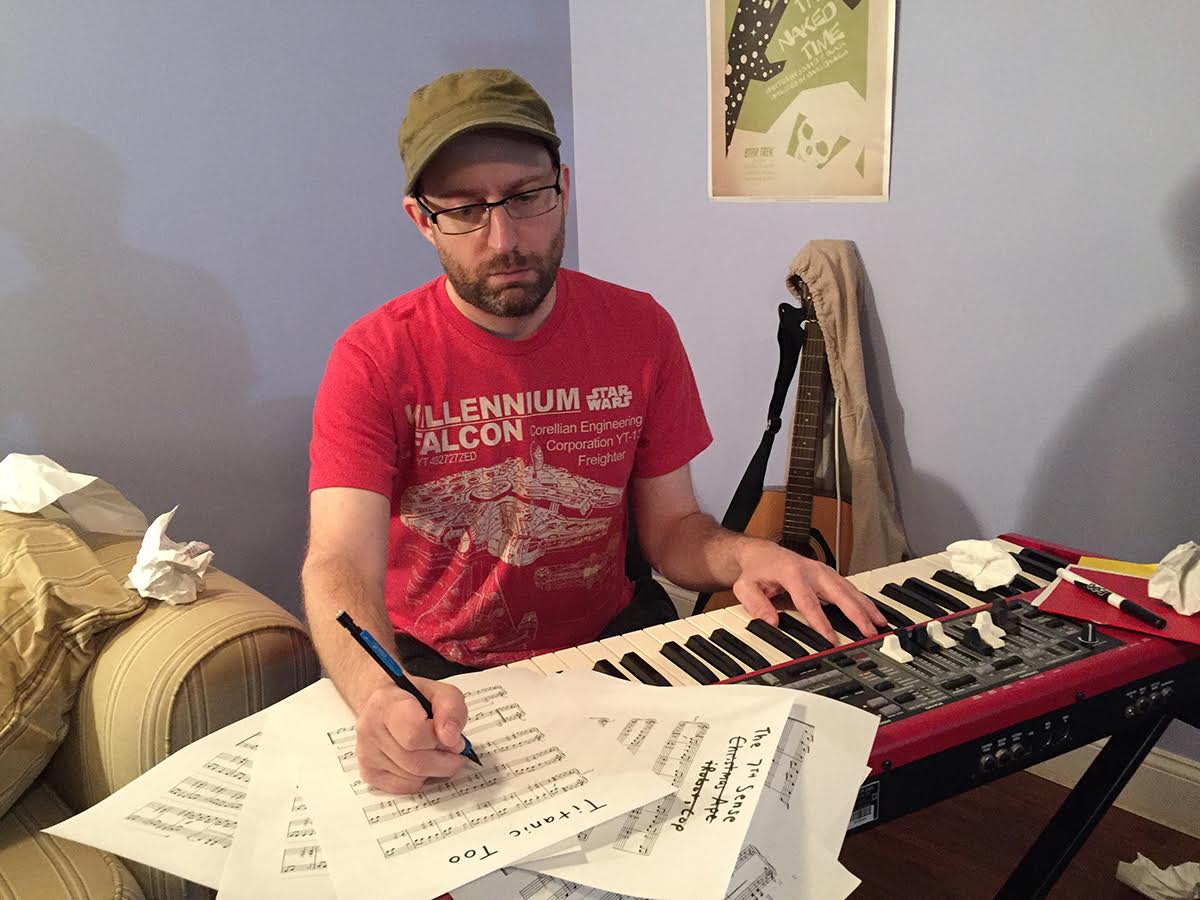 NEW YORK — Adam Lefler, singer/songwriter and frontman for the emo-punk trio Forever Tuesday, is transitioning from an unsuccessful frontman to an even less successful film composer, sources indicate.

“Adam completely blindsided us by quitting Forever Tuesday out of fucking nowhere,” said bassist Corey McAdams. “We just launched our Bandcamp page, and even though we don’t technically have a drummer right now, we booked two shows upstate… and then he drops this bombshell, that he wants to focus on other bullshit.”

Lefler claimed the time has come to “move on from small-time shows” and work toward his true calling in the movie business.

“I feel like I’m too old to be sleeping in a minivan. So, scoring movies is the natural progression,” said Lefler. “Now, I just need someone to actually let me do it. Like, literally no one will let me anywhere near their projects.”

While crafting pop songs is applicable to his new venture, Lefler has run into some difficulty finding work. All post-production facilities so far have been dead ends.

“Every morning at 9 a.m., he’ll send us his reel —which was just his band’s demo and a State Farm commercial he muted and re-scored,” said Sonar Studios chief engineer Rob Miller. “The last two Fridays, he also left demo CDs, stuck inside edible arrangements, at my apartment. The gesture was nice, and the food was delicious, but we’re obviously never going to hire him.”

Lefler has even struck out on his forays into scoring student films and web series.

“I posted a casting call for my junior thesis online, and he responded with, ‘I’m not an actor, but I do music, and eventually you’ll need that. Let me do music for your thing. Please. Please let me do music for your thing. I’ll do whatever you want, whenever. You don’t even have to pay me. I can even pay you if you want. Whatever. Please. Please?’” said NYU film major Sienna Thomas. “In the end, I just had my roommate score the project. She’s in a band.”

Sources close to Lefler claim he is also considering a transition into an even less successful ghostwriter for Taylor Swift.