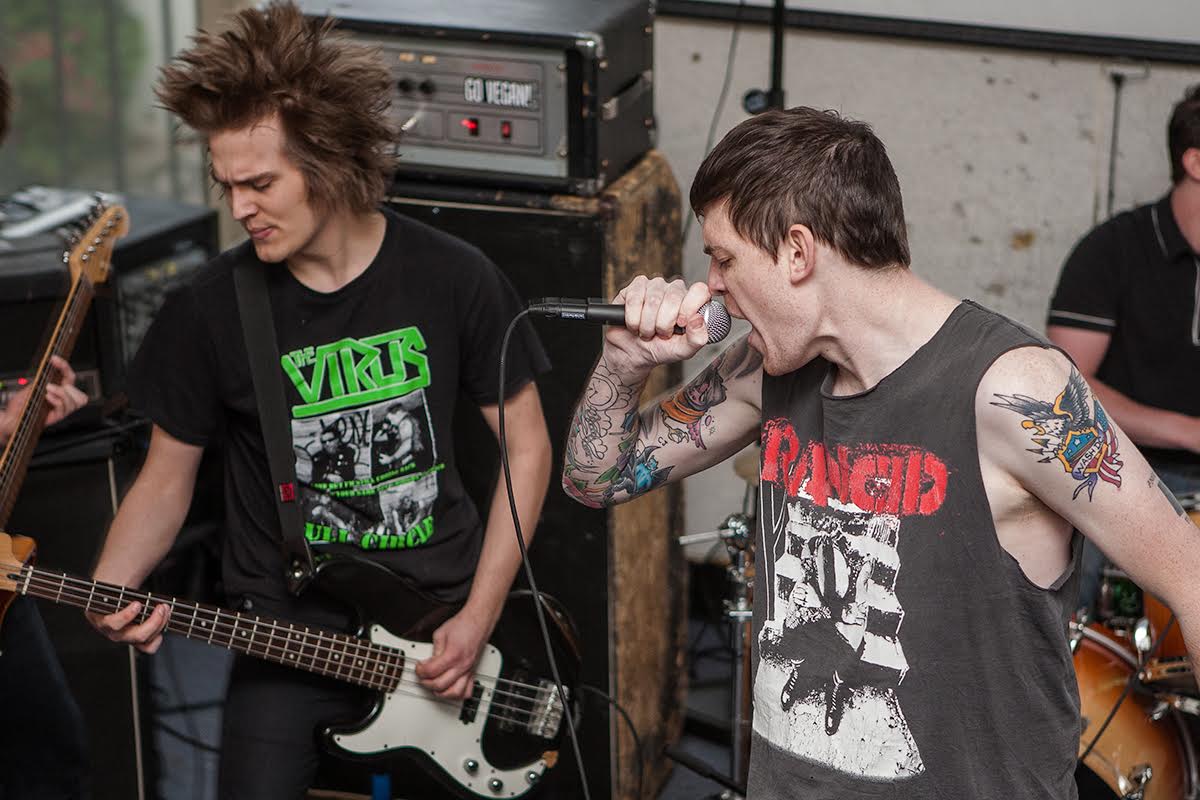 A seemingly positive post from fan “Squatta” Steve Finch on his Facebook page, “Worthless Failure KILLED it last night at a sold out show!!,” sent the band into a tailspin. Members of the band responded swiftly and angrily, insisting that by all measures the band has not — and will not — achieve critical or financial success of any kind.

“It was bad. I knew immediately we had to do serious damage control,” lead singer “Lice” Davis said. “We’re real punks. We would never agree to play a sold out show.”

The band’s alleged success was attributed to the release of their moderately popular self released EP, Den Mother Fucker. Following the album’s release last month, word of Worthless Failure’s raw sound and anti-capitalist lyrics spread quickly throughout the scene.

“Dude, that EP fucking sucked,” said drummer Slob Dylan. “Have you actually heard it? We can barely play our instruments.”

Fans disagree. “I’ve never heard anything like it,” one fan said while adjusting his bullet belt to align with a discolored handkerchief. “They’re so real. It goes beyond music… it is just so raw. It’s like they really just don’t give a fuck.”

“We really just don’t give a fuck,” Davis insisted, sipping an open beer that just happened to be lying around. “Popular music is garbage. I swear if I see one person singing along at our next show I’m gonna knock their fucking teeth out.”

Despite all evidence to the contrary, Worthless Failure is unwavering in their claims of lacking success. Davis concluded, “We will never be successful. I’ll never let that happen. If I ever run into someone wearing one of our shirts, I’ll straight up quit the band.”

Update: In the weeks since this interview was conducted, Worthless Failure has been hounded by multiple major record labels, including Warner Brothers and Profane Existance. While we were unable to reach the band for comment, Davis posted to his Twitter account, which now boasts over 100 thousand followers, “Leave me alone! I never asked for this!”