UC Davis Paid $195,000 to Erase Radiohead From The Internet 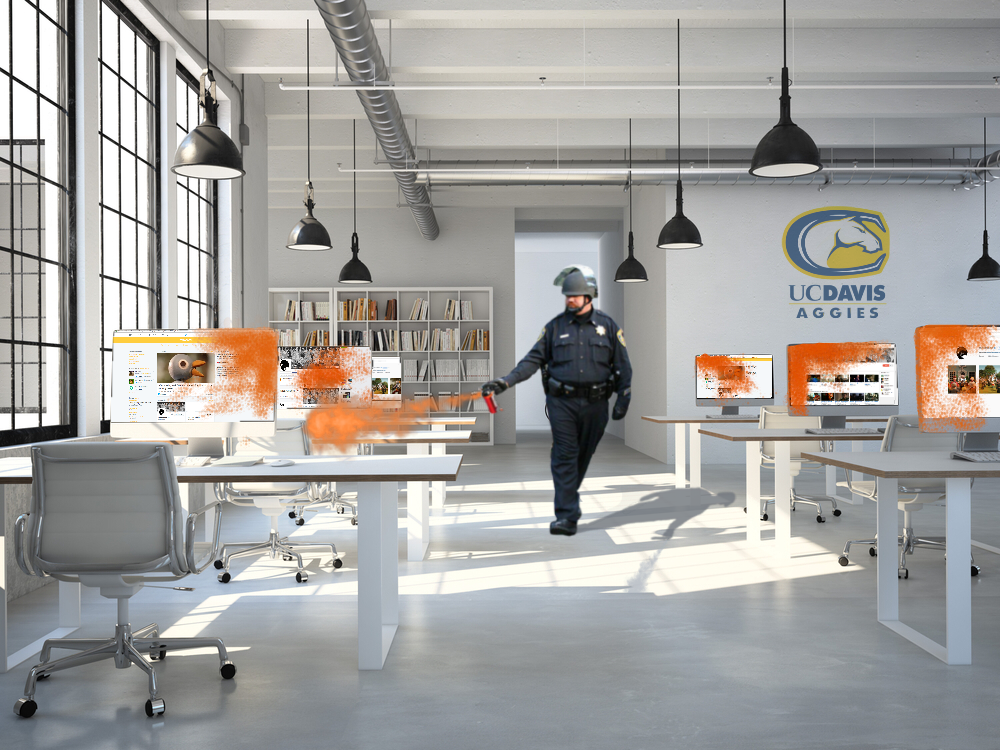 AP — A leaked University of California – Davis budget document revealed the California institution of higher learning recently paid nearly $200,000 in an attempt to wipe Radiohead from the internet.

Radiohead shocked fans on Monday by unceremoniously disappearing from social media. Many have speculated that the reclusive band was preparing to release tour dates or a new album. However, the leak of the university’s budget forced UC Davis to release a statement admitting they were simply trying to “nip that whole thing in the bud.”

“Look, we have had a massive student attrition rate in the past several years,” said UC Davis Chancellor Linda Katehi. “First year college students are introduced to many dissident ideas — socialism, liberalism, Dave Matthews Band, to name a few. These are all typically harmless. However, we tend to see a massive spike in unexcused absences and drug sales on campus around the same time a Radiohead album is released. We’re not going to have another The King of Limbs situation here.”

UC Davis hopes to prevent a new generation of students from going down the rabbit hole of psychedelic-electronic progressive alt-rock exploration that is Radiohead fandom.

“All it takes is one listen to start a normally good student down the mushrooms-and-abstract-thought path,” said UC Davis Finance Controller Mike Allred. “Maybe you’re at party and someone plays some Bjork, and you realize you like electronic polyrhythms and nonsensical lyrics. So you turn to Google and search ‘music to help me write poetry about robots while stoned,’ and where you would you normally get 100,000 hits about Radiohead, now you get almost nothing, thanks to us.”

The news has come as a shock to Mitchell Henderson, professor of “Sociology 321: Paranoid Android, or iOS,” a now-canceled class at UC Davis. “I can’t believe they think this is going to work,” he lamented over Thom Yorke’s rhythmic chanting in the background. “I mean, didn’t the administration try to do this exact same thing with that other thing? Shit, what was it? With, like, something with the police? Help me out here. Anyway, it didn’t work, man.”

UPDATE: As of press time, Radiohead has released a new song. “Shit, are you fucking kidding me?” UC Davis representatives said in prepared remarks. “This is some bullshit.”