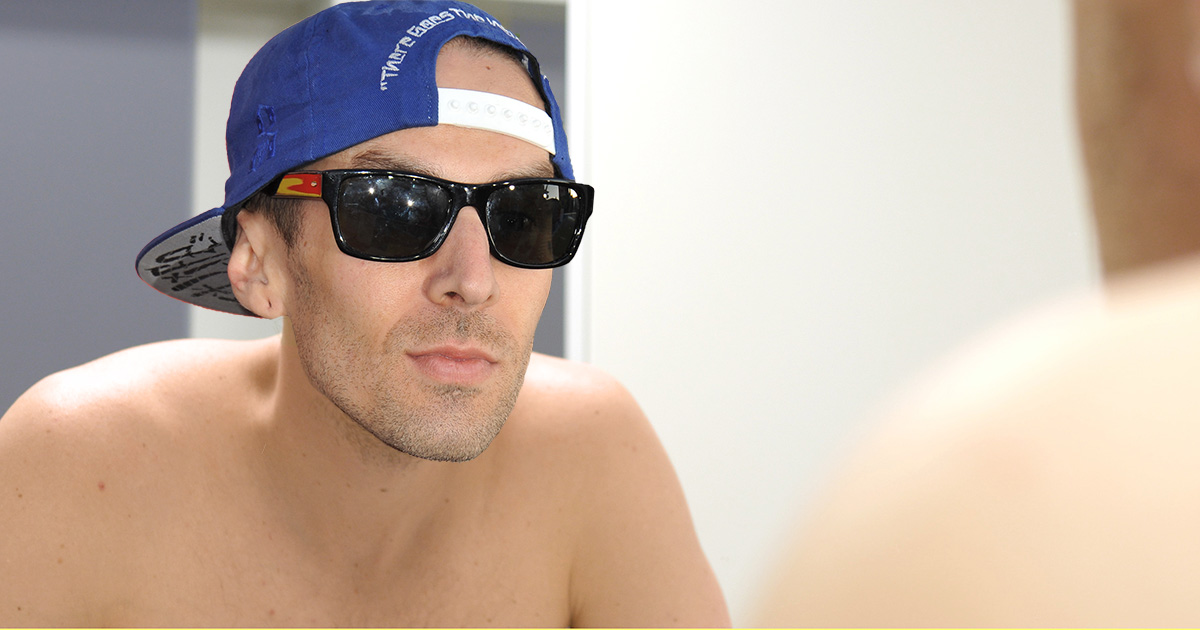 LOS ANGELES — Highly distinguished drummer and body art curator Travis Barker recently admitted that he spends a good few hours every morning painstakingly reapplying every single one of his temporary tattoos before leaving the house, sources waiting for him to be finished in the bathroom confirmed.

“Let’s just say I take more time to get ready in the morning than Kourtney,” said Barker before asking someone close by if they could get his back. “I mean, sure, I could get real tats, but then what if I change my mind one day and want a little butterfly on my wrist or something? Fully tattooing every square inch of your entire body including your skull just seems like a huge commitment. Don’t get me wrong though, all of these temporary tattoos have a lot of meaning to me, just not in a ‘permanently engraved on your body’ kind of way. Also, I heard real ones hurt. No thank you.”

Friends of the Blink-182 drummer defended his commitment to the look.

“Say what you will, but Travis actually saves a ton of money by buying all of our ink designs in bulk,” said Barker’s temporary tattoo artist Jeannie Fishburne of Tattitude LLC. “He’s also been known to mix and match, so you’ll never actually see the same combination on his body on consecutive days. Except, of course, for that cryptic ‘Can I Say’ one on his chest. Evidently, he only meant to buy 100 of those in the late ‘90s, but we fucked up the order on our end and inadvertently sent him 100,000 instead. Unfortunately, we have a no-return policy and no one’s above it. Not even our high-profile regulars.”

Musicians have a history of going to extreme measures to maintain an image.

“You wouldn’t believe the lengths punks go to just to keep their whole vibe going,” said music historian Kate McBurgerbeams. “For instance, the Misfits spend hours applying American Crew styling gel to the front of their hair to get their famous devilock look. Kurt Cobain used to go store to store in search of jeans that were strategically ripped at the knee. And Henry Rollins goes to the gym. Absolutely bonkers behavior, right?”

In related news, former member of Blink-182 Tom DeLonge revealed that the lip ring he used to frequently wear was actually a clip-on.