Travis Barker Asked to Just, Like, Play Regular for a Minute 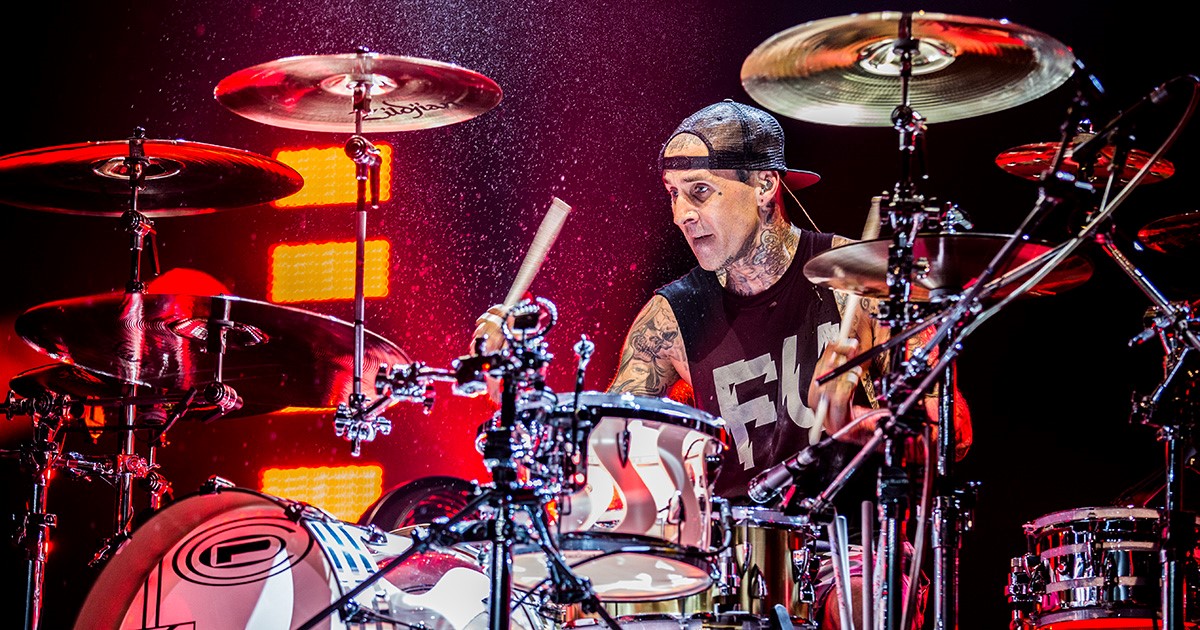 “It’s a simple pop-punk song — it really doesn’t need a million notes per second,” said an exasperated Mark Hoppus. “It’s so hard to play along to him when literally everything is syncopated. Where the hell is the downbeat, dude? These songs are all the same tempo, and the same couple chords… this should be really simple. I should be able to play this stuff in my sleep. But nooooo, he has to play some sort of polyrhythmic flamadiddlediddlediddlediddle with one hand, while the other is like, in a whole other time signature or something… all at a billion beats per minute.”

Alyssa Schlessinger, a rookie producer working with the band, was equally perturbed.

“Yeah… it’s hard to tell if takes are good. Like, was that supposed to be on the beat, or not? But it’s also hard to know what to mic, because he’s hitting literally every drum seemingly at random,” said Schlessinger. “It’s like trying to produce a band where every person is doing a shred solo simultaneously. It was fine back when it was just some intricate beats that were slightly irregular, but now it’s like he’s off the rails and trying to top himself every song.”

The longtime Blink drummer admitted he was confused and upset to hear people wanted him to calm down.

“This is like, my thing, ya know? I thought this was what they wanted,” said Barker. “No one listens to Blink for the lyrics, or melody, or whatever. Fans want me to blow their minds, and you guys need to just let me fly, man. I don’t tell Mark he should stop playing with a pick and use his fingers like a real bass player… and I don’t talk to the new guy at all. He creeps me out.”

After extensive arguing, Barker overruled the band and producer with his unbeatable band-debate maneuver, reminding them, “I almost died… twice!”