Tour A Whirlwind of Sex and Drugs, Imagines Teenage Band at Pizza Place 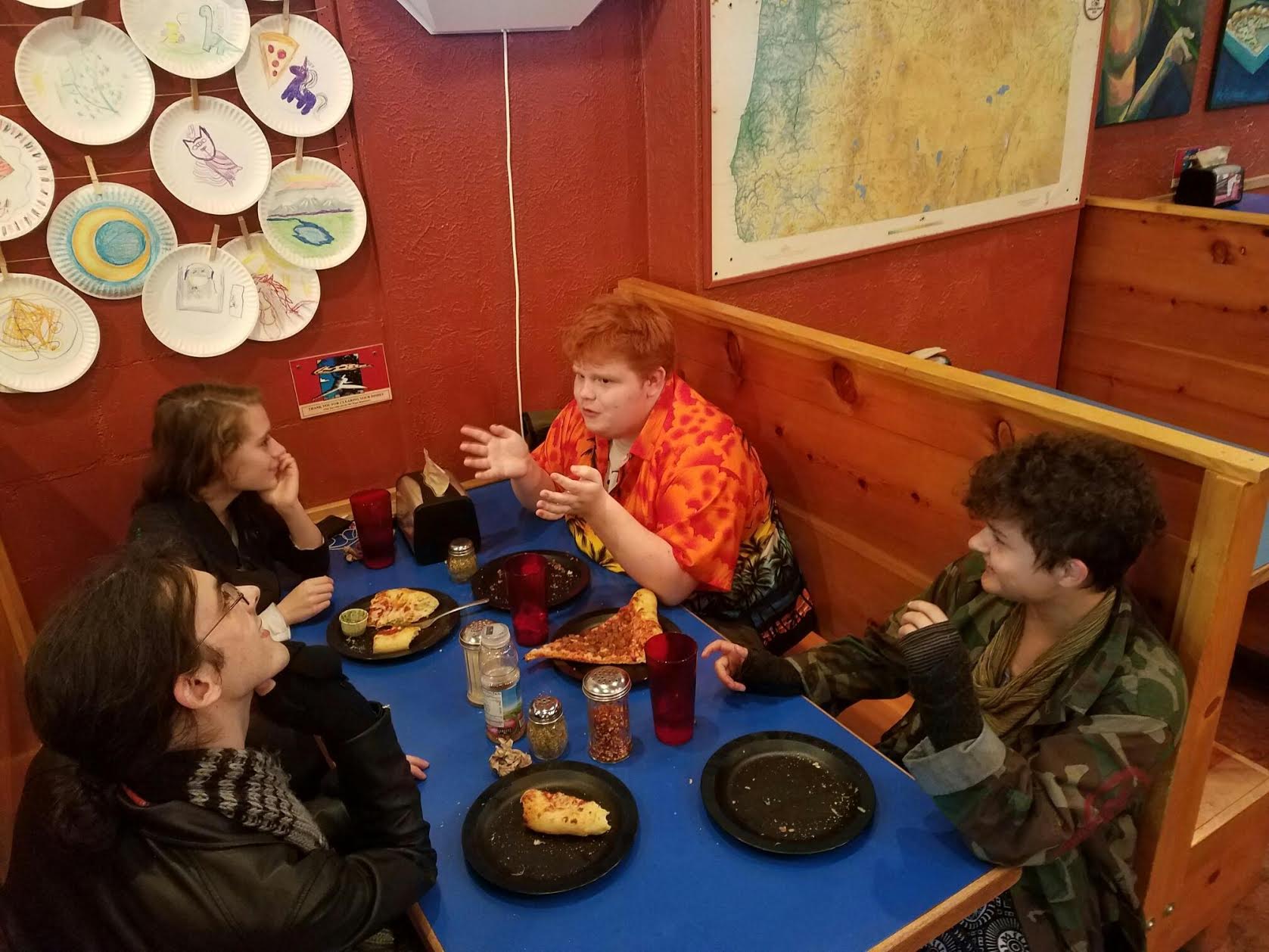 DEERFIELD, Ill. — Teenage punk band Infectious Human Waste met at Judy’s Pizzeria after practice last Thursday to discuss the band’s first tour, which they expect to be an intense, drug and sex-fueled romp across the country, according to internal documents.

“I can work for my Dad’s landscaping business each summer until then,” said Nate Nielsen, the drummer entering his sophomore year. “I’ll probably be able to save enough to buy a sweet van. And [singer] Trevor is taking Driver’s Ed next semester, so he’ll have plenty of practice. By then, we’ll be so good, bookers around the country will be begging us to play their shows.”

“It’s basically just gonna be, like, us in a van, filled with girls and, like, every kind of drug,” said Trevor James, the 16-year-old frontman with pizza grease smeared across his lips. “It’s going to be insane, man!”

Guitarist Alex Mitchell was less concerned with the logistics of touring than the potential for torrid romances. “I’m not even wasting my time dating girls in high school,” said the junior who has yet to ask a girl out on a date. “Soon it’s just gonna be chicks throwing themselves at us left and right. We even have a system worked out. If one of us is going to the van with a girl, we give the other guys a nod so they know to stay out. Girls love hooking up in vans.”

“My uncle Chris — he roadied for Mud Flea in the ‘90s — is always going on about how hard touring is and how broke you are, but touring in those days was, like, prehistoric,” said Nielsen, who has never lived in a world without internet. “They hung up flyers like a bunch of cannibals making cave drawings.”

“And we’ll get all kinds of free drugs anyway, so who cares about money?” agreed James. “It’s going to be, like, snorting coke in Vegas one night, then dropping acid in the desert the morning after.”

“I’m going to smoke DMT and find enlightenment,” added Mitchell, who recently tried marijuana for the first time at his cousin’s birthday party.

The planning session came to an abrupt halt when Sharon Kitt, Nielsen’s mother, arrived to bring the boys home.