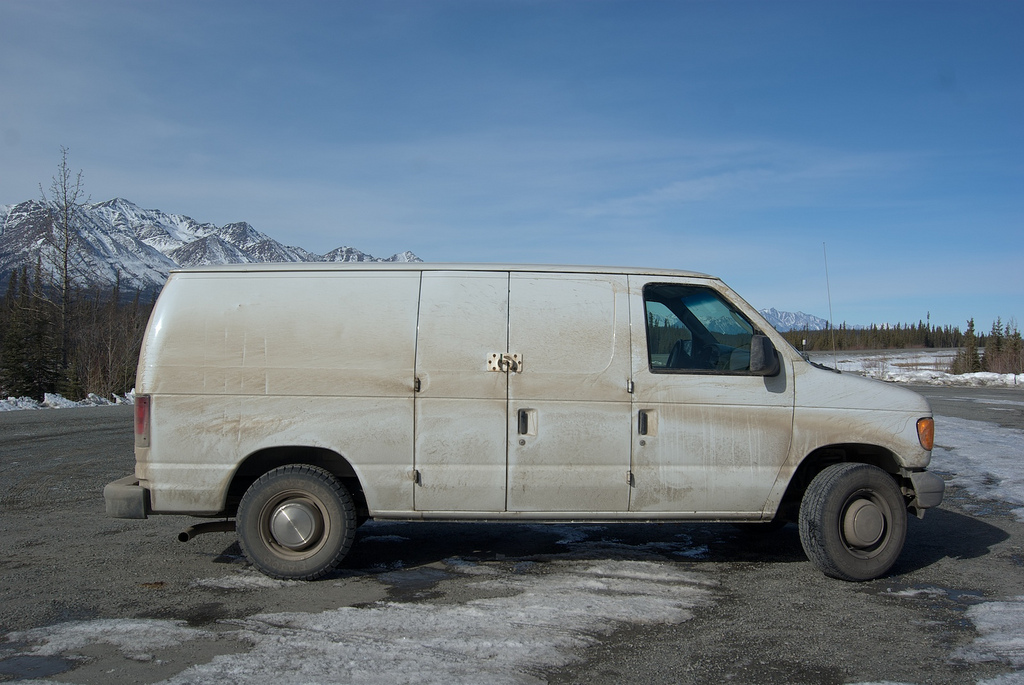 CHICAGO – Chasing the waning popularity of nostalgia-driven reunion shows, legendary Oi! band Booze Crews announced they will be playing their first show in almost 20 years despite only having one original member: their tour van.

Booze Crews broke up in 1996 after singer, John “Throat” Chimenski, and bassist, Harley O’Houlihan’s separate, unrelated bar fights got too close and they accidentally stabbed each other over thirty-eight times. Drummer, Phil “Fish” Robertson and guitarist, Nate “Nate” Michaels swore they would never play as Booze Crews again to honor their fallen friends. But now the group’s tour van, Ol’ Four Wheels, has decided to get the band back together again with a new lineup.

Ol’ Four Wheels (whose birth name is Ford Econoline) was manufactured in a working class town in Michigan in 1984. After the dissolution of the band, Ol’ Four Wheels was unable to get his gig at the church back and was instead forced to do odd jobs, like helping annoying friends move and driving hippies to Bonnaroo. But with over 180,000 miles under his timing belt, Ol’ Four Wheels decided it was time to get the band back together and hit the punk festival circuit.

“Yeah, I sold the van (with 500 unsold records inside) to a bunch of longhair surfer lads,” said Nate “Nate” Michaels in a fake English accent. “I told Four Wheels ‘these kids ain’t real skins – it ain’t gonna be the same.’ But Four Wheels has too much drive left in him.”

With only a dozen laps to their name, the new 2015 Booze Crews will be unveiled this weekend at Fuck It, Why Not Fest? Despite heavy criticism that this is nothing more than a money grab, Ol’ Four Wheels says the new line up is better than ever.

“I’m not in this for the money,” Ol’ Four Wheels said several times before continuing, “Look, I’ve been carrying those guys for years. Every band has someone who’s the engine, and others who are just along for the ride. They were nothing but dead weight in my opinion.”

Ol’ Four Wheels added, “Plus the new guys wrote some lyrics for a song called ‘Local’s Only’ which matches well with my own views on immigration.”