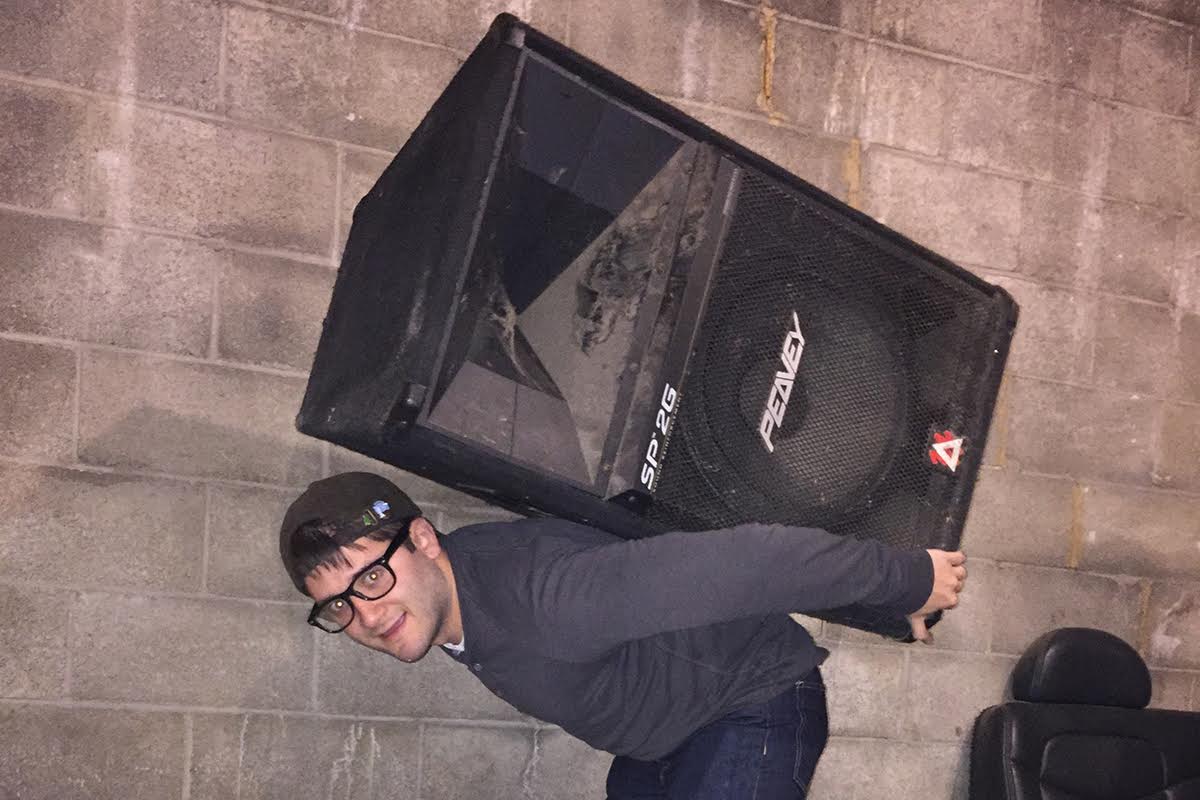 EVANSTON, Ill. — A local PA system is scheduled to make a rare appearance at six different shows this Friday. Buzz has surrounded the system since a string of last-minute cancellations last month, but the PA’s owner and manager, Bryan Seabrook, is confident this time it can fulfill its obligations.

“We have the breakfast show, matinee show, and the regular night show followed by the late show, after party, and secret show,” said Seabrook as he glanced at his phone’s calendar. “It will be tough, but as long as I can find a ride we can make this happen.

He added, “I’ve been telling everyone about this PA, can’t wait for them to see it!”

“The whole night’s riding on this PA. We’ve got this killer band from Mexico coming through, a brutal band from Europe, and a three-band touring package so it’s a big deal,” she said. “It’s $3-5 sliding scale to get in, but no one will be turned away for lack of funds.”

Sources confirmed the northeast Illinois scene has long suffered from a lack of a suitable PA, and its scheduled appearance has everyone excited.

“Until now the only place with a PA is a lame-ass bar downtown, ‘Hooligan’s’ or some shit,” said Brent Bickell, 21, who organized this Friday’s after party. “It’s got, like, license plates on the walls, and this old-ass bartender who creeps my girlfriend out real bad. Fuck, I hate that place. Seabrook has been telling me about this PA, which is a real life saver. Finally we can book VFW halls again.”

Related: Every Drummer Confident Someone Else Will Bring Kit Tonight

Seabrook, who recently moved to the area with his PA explained how he came into ownership of such a valuable resource.

“I was just digging around in the garage looking for some old band T-shirts my mom boxed up when I stumbled across this thing and thought to myself ‘jackpot!’” he said, proudly displaying a cheap plastic toy. “I think my little sister got it for Christmas a few years ago. Still works though and it cranks!”

Seabrook added, “despite being covered in stickers of Princesses Elsa and Anna from Frozen, this bad boy is ready to run off four D batteries for up to two hours if needed.”