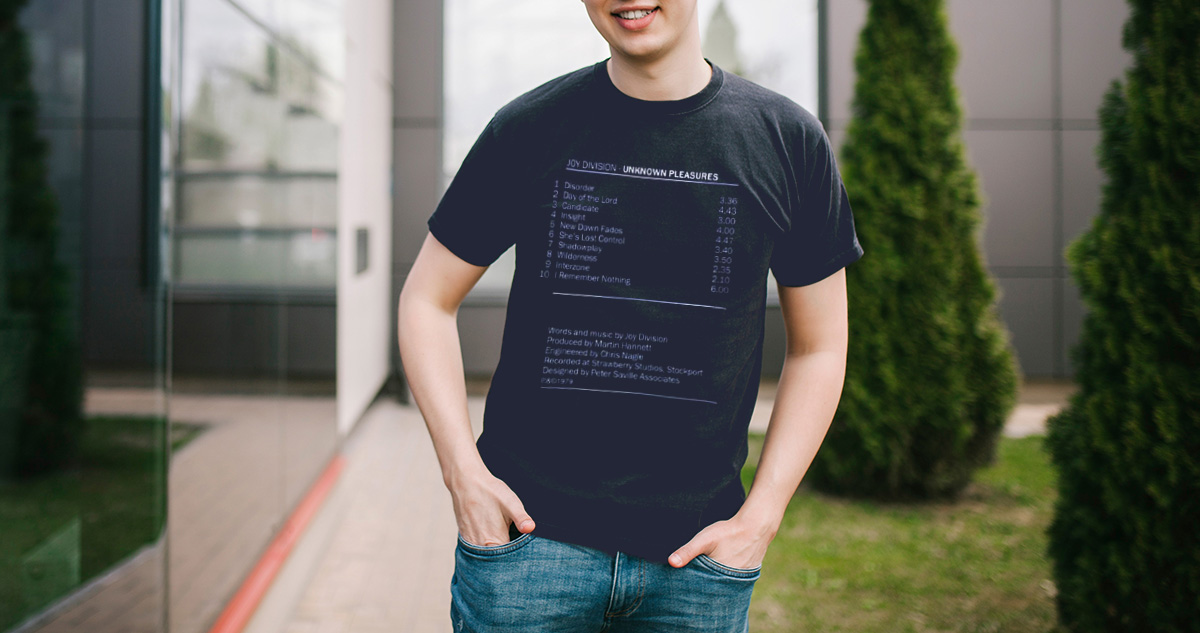 LOS ANGELES — Amateur clothing vendor and entrepreneur Brian Wessel is puzzled by his company’s lack of T-shirt sales after using the back side of Joy Division’s Unknown Pleasures album for their inaugural piece of apparel, frustrated sources confirmed.

“We really thought we’d hit a home run with a Joy Division shirt,” said Wessel, standing in front of 50 unopened boxes of medium-sized T-shirts. “The shirts just didn’t connect with anyone despite being, from what I’m told, one of the most recognizable pieces of cover art out there. And somehow, we can’t even give them away.”

Company intern and sole employee Jeremy Thayer, assigned to physically scan the cover image to send directly to third-party printers, admittedly scanned the wrong side of the album.

“Honestly, I’ve never used a scanner before,” Thayer acknowledged. “I thought scanning the album right-side up would get me the front cover, but turns out it had to be upside down or something. Now that I think about it, I probably should’ve checked that digital scan before forwarding it to the printers for the bulk orders. Well, live and learn.”

Wessel reportedly reached out to fellow music apparel outfitters for advice after failing to reach any of his sales goals.

“Failure is part of the game. One time, we ordered 5,000 Black Flag shirts and got 5,000 Rollins Band tees instead,” said Punk Gear Unlimited owner Nicole Puga. “It nearly bankrupted us. We ended up selling them to a rag supply company in Canada for pennies on the dollar. People like familiarity. Unfortunately for him, a shirt of the Joy Division tracklist won’t sell because most people haven’t actually ever heard those songs.”

Wessel has since been working on new merch in hopes of recovering from the debut shirt’s financial loss.

“We have a huge order of fidget spinners coming in with the cover of Metallica’s black album printed on them,” said Wessel. “If those things don’t sell, maybe I’m just not cut out for the bootleg merchandise business.”