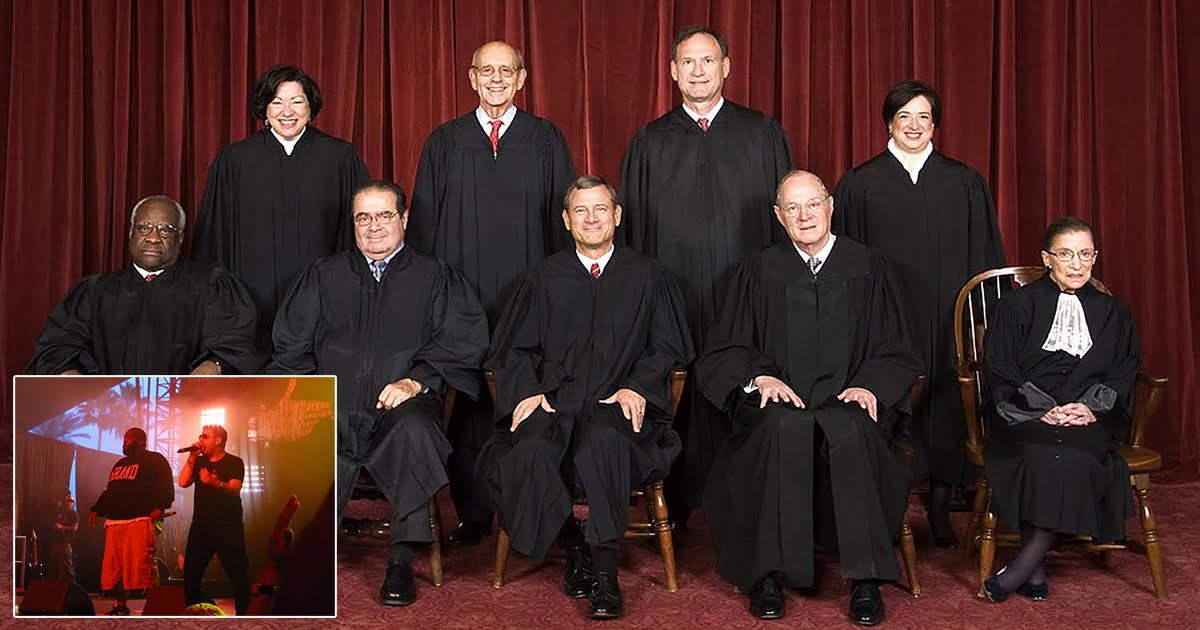 WASHINGTON — The U.S. Supreme Court yesterday overturned a 2015 law requiring Run the Jewels to perform at every single music festival, according to a press briefing.

The case of Jewels vs. American Festival Corp. challenged Run the Jewels’ legal obligation to appear at every multi-day musical event across the country. Declared unlawful by the Justice Department, the ruling was overturned in an 8-1 decision.

“It is simply unfair to expect an artist like Run the Jewels — or really any band, for that matter — to play every single music festival,” wrote Justice Sonia Sotomayor in the majority opinion. “This law has opened doors to festivals like Coachella and Panorama, but it has also led them to low-rent, shitball festivals like LouFest. Do you know where that is? I imagine St. Louis, but can you really be sure?”

The motion immediately received support from President Trump, who saw the law as a major overstep by the Obama administration.

“This is a bad law. A bad, bad law,” Trump said at recent rally. “And we don’t like bad laws, do we, folks? We don’t like them. It’s stupid to make Run the Jewels drag their gear to every fly-by-night festival in Omaha or Raleigh. This law is a disaster, people. I don’t want to say Killer Mike can’t possibly keep up this pace, but I will say Killer Mike can’t keep up this pace.”

Festival promoters across the country were devastated by the decision.

“It sucks. What else can I say, other than it sucks,” said City of Lights promoter Terry Craw. “For the past two years, it’s been so easy — they’d headline Friday night of any multi-day music fest in the country. Now we have to fill a gap nobody expected.”

“The American people deserve to have consistently solid musical acts at each music festival across the country,” said Justice Ginsburg in her opinion. “Without them, the festival goers of this country will be forced to deal with aging rockers and/or musical genres people over the age of 30 will never understand.”

As of press time, Run the Jewels canceled their remaining 340 festival appearances this year.