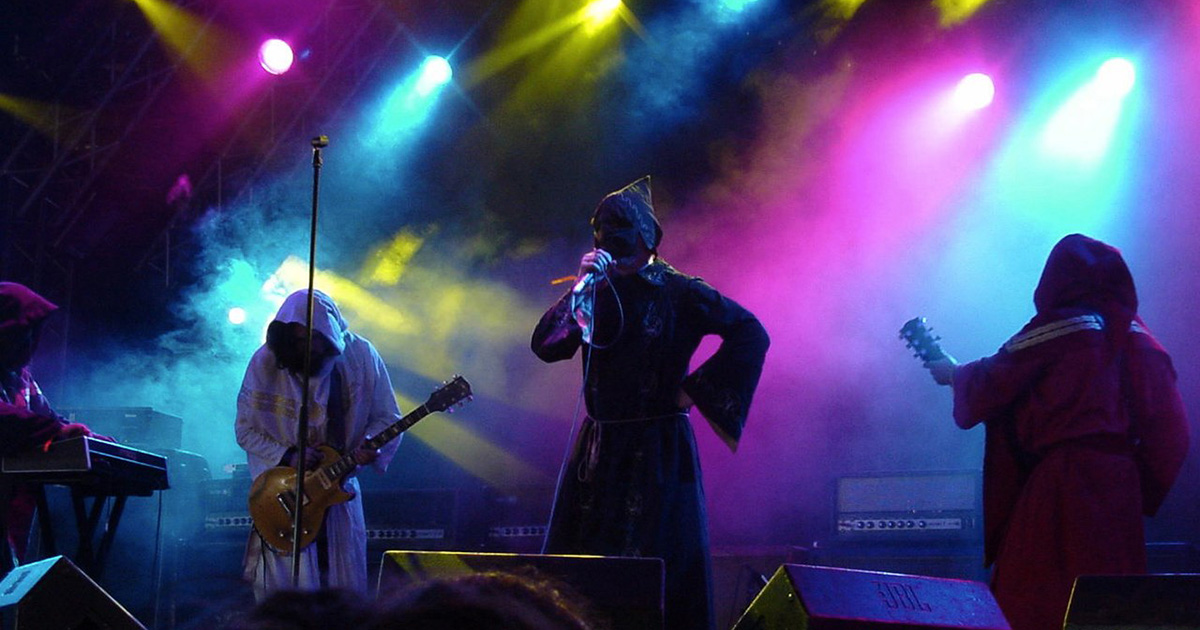 SEATTLE – Legendary drone metal duo Sunn O))) announced they are disbanding following a dispute over whether their next 10-minute dirge should be on a D-flat or a B-flat, sources close to the band reported.

“For years, I’ve been saying that we need to innovate lest we stagnate and rust, but I guess bashing on a B-flat is too much of an artistic shift for Stephen (O’ Malley),” reported Greg Anderson, who is known as the radical visionary of the group according to insiders. “It’s a shame that we weren’t able to compromise. It’s not like I was asking for some two-tone ska riffs thrown in there, I still wanted to have one note drone out for eternity. We built a lot of music based around hammering a D-flat for minutes, hours at a time. Hell, three of our albums consist of one D-flat and then an hour of resulting feedback. I’m proud of it! But I also need a change.”

O’Malley, Sunn O)))’s other member, offered a different philosophy on where the band’s trajectory should have gone.

“I refuse to chase trends like playing B-flats; we built this band on a pure mission and I will not deviate from it,” retorted O’Malley, who almost quit the band in the early days in a dispute over whether it should be a capital O or a zero in the band’s name. “If Sunn O))) can’t stick to its identity, then what does it even mean to be in a band? Whatever, I wish Greg luck on his new hyperpop/trap project, or whatever the hell music they use B-flats in. I won’t be caught dead listening to it though.”

Music historians offered some classic examples as to why groups fall apart despite attaining the unlikeliest of successes.

“The Beatles were the singularly most popular music act of all time, and they didn’t even last a decade — but this Sunn O))) business makes no sense,” admitted Sandra Yonkers, author of “Why Bands Break Up: Drugs, Sex, and Egos.” “Sunn O))) makes some of the least accessible music to ever find an audience, so to think that the members are so principled about the creation of it that they will throw it all away is wild, and quite frankly, extremely stupid.”

In related news, grindcore staple Napalm Death are reportedly on the rocks as some band members suggested writing a song under 240bpm.