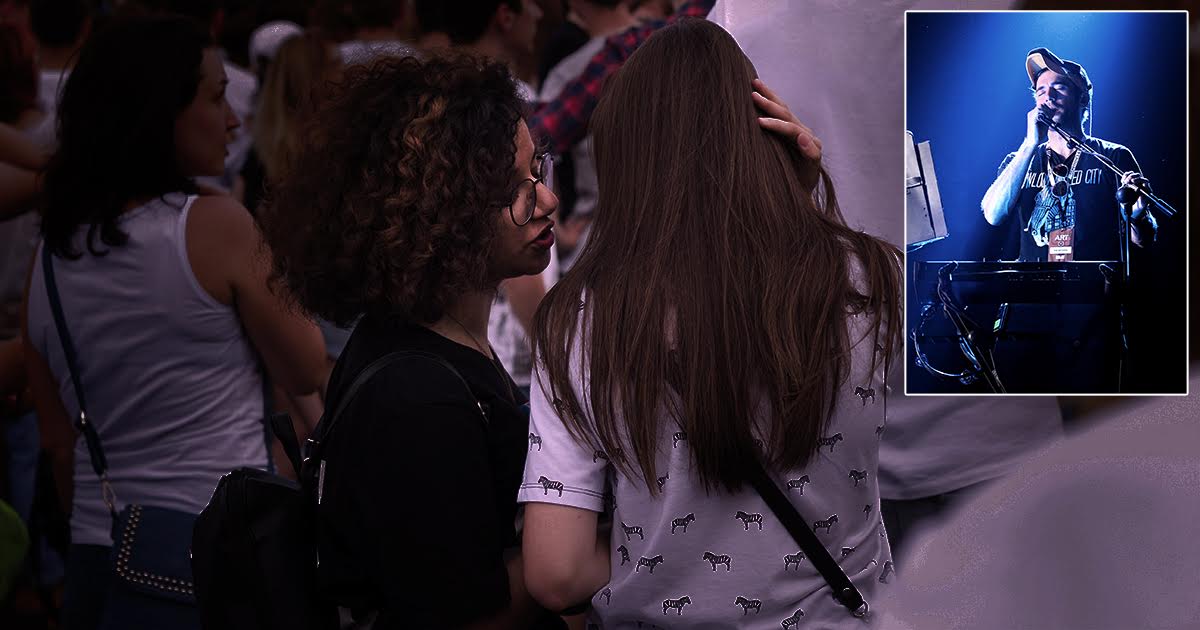 “It was a real bummer,” concertgoer Shelley Williamson said. “Fans paid good money to see Sufjan, and these two… whisperers just couldn’t keep their voices down.

“And they were trying!” she later added. “You could tell they wanted to be polite, but they were clear as day compared to Sufjan. I missed all of ‘Carrie & Lowell.’”

“It was rough. It was clearly an important conversation, but they mumbled through a really beautiful monologue [from Stevens],” said Jensen. “I’d have shushed them, but a sudden, loud noise like that could startle Sufjan. He might stop the show and retreat to his tour bus.”

“He plays here a lot, and we’ve all learned that if we don’t communicate entirely through hand signals during the set, everything goes to shit,” Randy Paige, a bouncer at the Paramount Theater, admitted. “He was never gonna be heard over that ruckus. One of them got a text, and the vibration just ruined ‘The Dress Looks Nice on You.’”

Once identified, the whisperers expressed immense regret and sorrow.

“We tried. We really tried,” said Jenny Nichols, one of the two culprits responsible. “We just found out our uncle was in the hospital and wanted to see what each other knew. We tried to be nice, but no matter how quietly we whispered, people could barely hear him.”

Analeigh Nichols, Jenny’s sister, agreed they hadn’t spoken softly enough. “Eventually, we went outside so we wouldn’t disturb the show, but talking there at a normal volume was still louder than the actual music,” she said. “We’re sincerely sorry that our soft, airy whispers were the only sound that could be heard.”

While Stevens himself did comment, his remarks were inaudible due to a distant bathroom hand dryer.