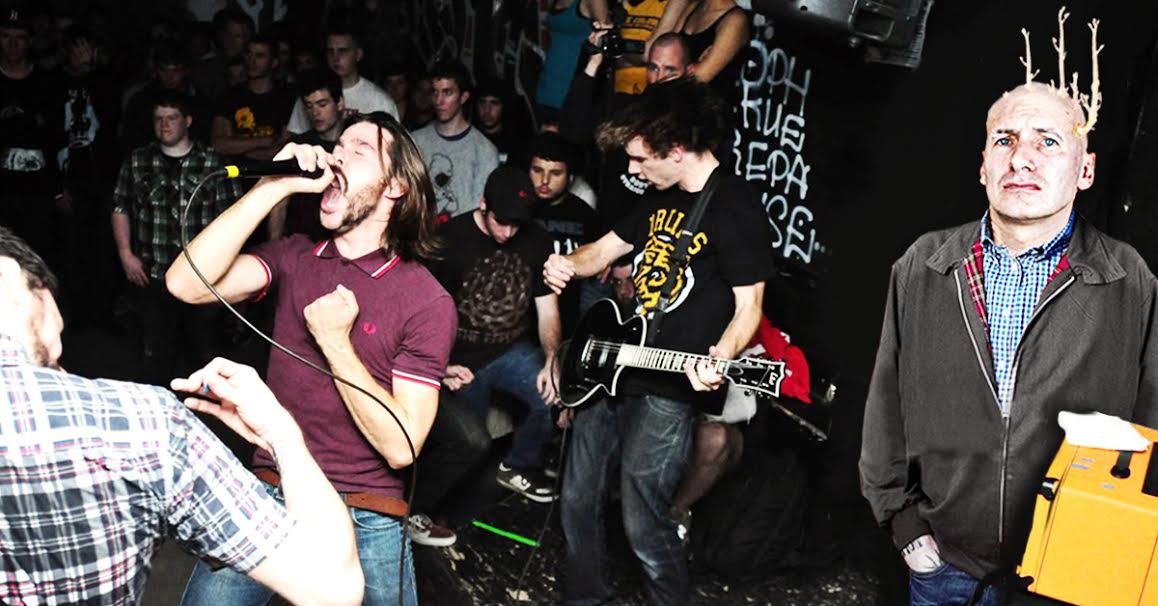 Hauff, who typically stands menacingly behind bands he may or may not be close friends with, reportedly had slightly-toxic sprouts approximately 4 inches in length growing out of his shaved head by the end of the night. Multiple sources confirmed the allegations early Saturday.

“I wasn’t surprised Big Greg started to sprout, to be honest,” said a longtime friend known only as “Brutal Dave.” “He was up there on stage all night, just planted there and not moving. And the place was packed, so it was pretty warm and moist.”

According to a recent statement, which witnesses confirm Hauff loudly made at every show ever, the 42-year-old has “been a skinhead for 35 years,” “has been in this scene since you were in diapers,” and “knows all the cool bands.”

“Yeah, we noticed Greg on stage. We had to load in around him,” said David MacKenzie, vocalist of HEADWALK. “I thought he was helping Stevie with his bass amp, but it was clear he was just settling in even more.”

Hauff, now a freakish hybrid of man and plant, had nothing but positive things to say about the band he stood behind without moving for more than half an hour, which biologists later confirmed was the same gestation time as common root vegetables.

Experts say once a stage potato sprouts it can be cut into pieces and planted easily.  With proper care, a new stage potato should emerge from the ground around the stage approximately two weeks later.

When asked about his background, friends and colleagues alike said Hauff doesn’t talk about his family much and has “just always kind of been there.”

Update: Hauff has contacted The Hard Times to declare that he “is not racist.” It is unclear at this point in time why he felt the need to clarify that.