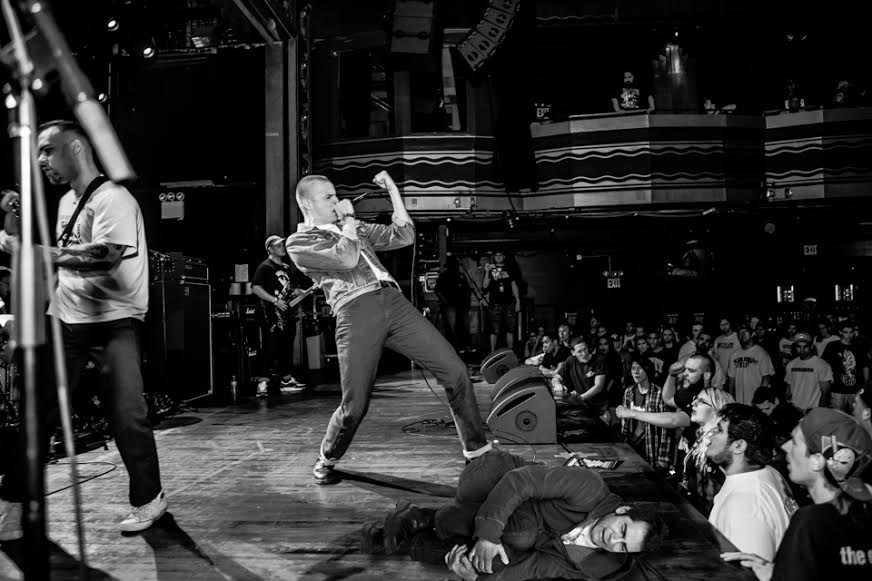 CORONA, Calif. – Emergency services were called to the Showbox Theater last night when a concertgoer had to be rescued from the stage after being paralyzed with fear for two hours from the pressures of attention.

Calvin Lennon was standing stage-side and witnessed the whole ordeal. “The guy seemed fine when he first got up there and put his arm around the lead singer, and sang a bit of the chorus. But then, when he got to the edge of the stage, he suddenly stopped and started shaking his head ‘no’. Then he dropped to the ground and rocked back and forth for a while before crab-walking over to the bassist and grasping tightly onto his leg,” Lennon said.

Members of the crowd did their best to help the scared man out and offered words of encouragement. “It was really sad. Everyone was concerned for him. I tried to encourage him down by yelling ‘Jump you fucking pussy!’ A few others tried throwing beer bottles at him. None of us were able to help him down,” show attendee Julia Amos said.

Danny Somner, bassist for Queef Jerky, gave a first hand account from what it was like on the stage. “A lot of people don’t realize how high the stage is when they are looking up at it. Sometimes, at these punk venues, the stages can be up to 36 inches tall. I felt bad for him, dude was crying like a baby. I did what I could by yelling ‘Get the fuck off of me!’ and tried to push him off stage by stabbing him with the neck of my bass but, by that time, he was far too petrified; nothing was going to move him.”

Firefighters eventually were able to rescue the unidentified man and safely lower him back into the crowd where show-goers celebrated by showering him with their spit and beer.