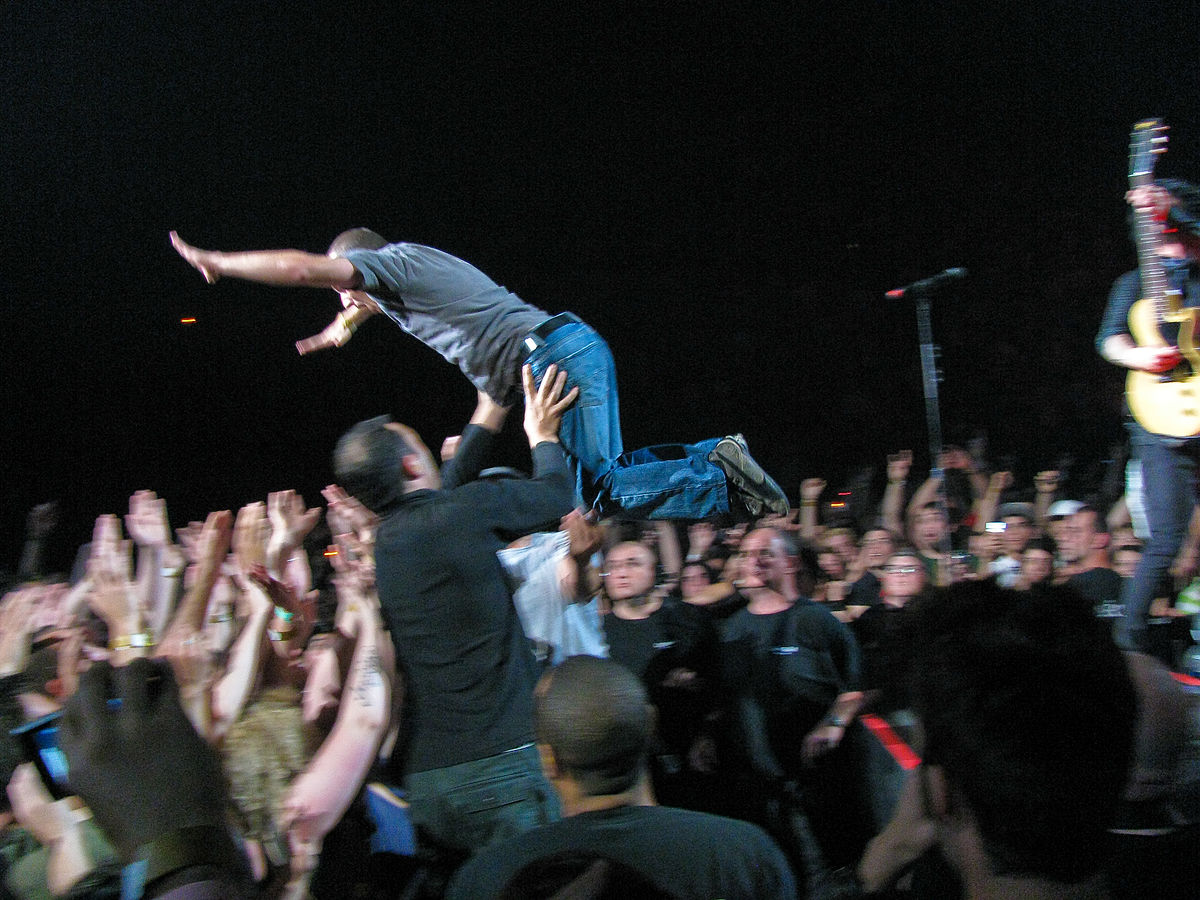 ANAHEIM, Calif. — A stage dive currently in progress at a hardcore show in Anaheim, California is going terribly wrong, according to multiple witnesses live on the scene.

“That guy is fucked,” said show patron Tony Callahan from the back of the room. “There is nobody there to catch him, I hope he knows to tuck and roll.”

The stage dive in question began as the headlining band wrapped up their second song of the night. The stage diver climbed onto the stage just as the band finished the song and instead of doing the logical thing and timidly rejoining the crowd, he decided to sprint towards the opposite side of the stage at full speed and launch himself parallel with the unforgiving concrete floor.

Show goers by the stage in the direct path of the overweight man with no sense of stage dive etiquette were seen frantically scrambling as he lumbered towards them with intentions of going airborne.

“I knew this guy was going to be trouble, he had been trying to lift himself on stage all night,” said show promoter Kim Lopez. “I finally saw him get on stage and I knew he wasn’t going to waste it. It didn’t matter that the song was over and it was basically silent in there other than the applause. I just hope we don’t get sued when his wrist breaks on impact. He is really flailing right now.”

Witnesses have reported hearing people in the direct flight path calmly telling others around them “Hey heads up, big guy heading our way” and “What the fuck does he think he is doing?”

As of press time witnesses reported that the man is really about to fuck himself up, and if the guy currently texting doesn’t look up soon he is going to be in a lot of pain.

Update: The stage diver in question, Jamie Quin spoke with The Hard Times later from a local medical facility, “As soon as I was airborne I knew I’d made a terrible mistake. That free fall to the cold, hard concrete was the most terrifying and regrettable moment of my life. There’s no one to blame for this cast on my arm but me. I can see that clearly now.”