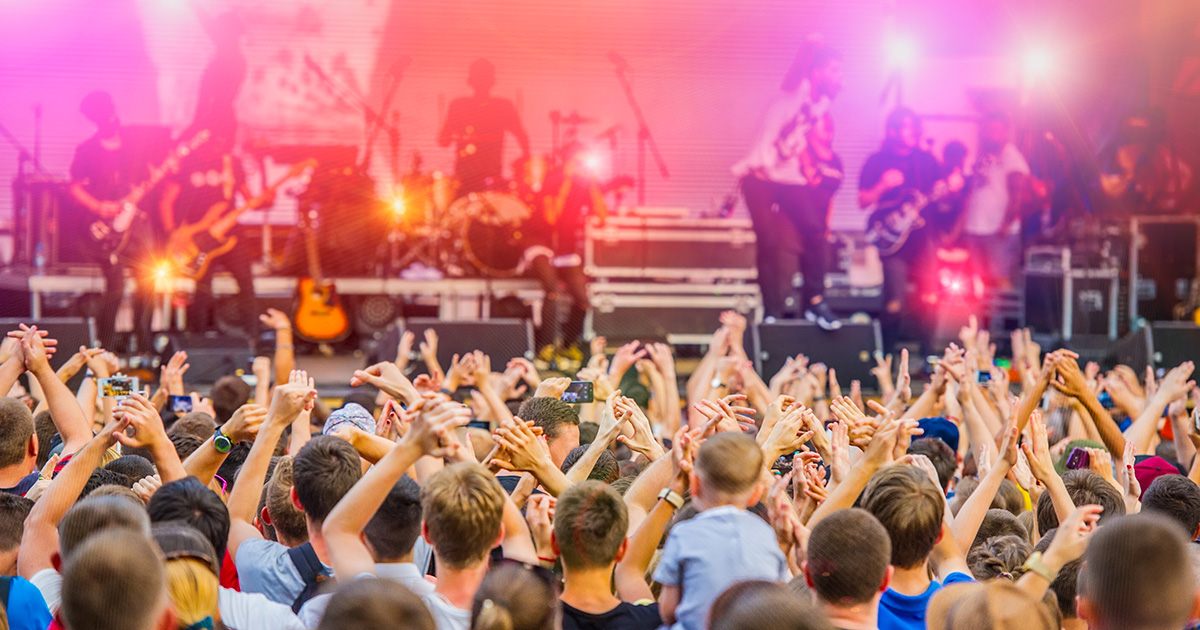 MANSFIELD, Mass. — The wildly popular metalcore band PussyHead warmed up the crowd at the Xfinity Center in Mansfield, Mass. last Monday night by asking the city of Boston, more than 30 miles away, “how they were feeling tonight,” several howling witnesses confirmed.

“As soon as he came on stage, the singer screamed, ‘What’s up, Boston!’ before they launched into ‘Meet My Gun, Bitch.’ Nobody corrected him or anything… we all just cheered,” said concert-goer Ellice Evins, a longtime resident of Mansfield. “The tour flyer actually had this date listed as being in Boston, with Mansfield next to it in parentheses and in a much smaller font. Yeah, Boston isn’t super close to Mansfield. I get it, though.”

An awkward moment in the set came during the song “Curse of the Bakersfield Dog” — a song about their home city of Bakersfield, Calif. that includes the lyrics, “We’re from Bakersfield, baby, so why don’t you gut me, fuck me, and kill me in Bakersfield, sexy baby.”

“This would’ve been a perfect opportunity to change the lyrics to ‘Mansfield,’” said attendee Mike Rivkees. “He instead changed the lyrics from ‘Bakersfield’ to ‘Boston’… which was fine, but it really would have meant a lot to the people who live here if he could have acknowledged the town. Boston was mentioned at least 25 times during their set, and I’d guess that 95 percent of the people here never actually go to Boston and try to avoid the city as much as possible.”

At the conclusion of their set, frontman Carl Shane thanked the crowd, claiming that “Boston is one of his favorite cities in America” and that it was “…an honor to play in such a historic town. Go Red Sox!”

“Massachusetts is pretty small. It’s essentially all Boston, as far as anyone else is concerned,” said a band representative who refused to be identified following the show. “I’ve met people from Maine who tell me they’re from Boston, so get over it — you’re lucky we even played this crap hole.”