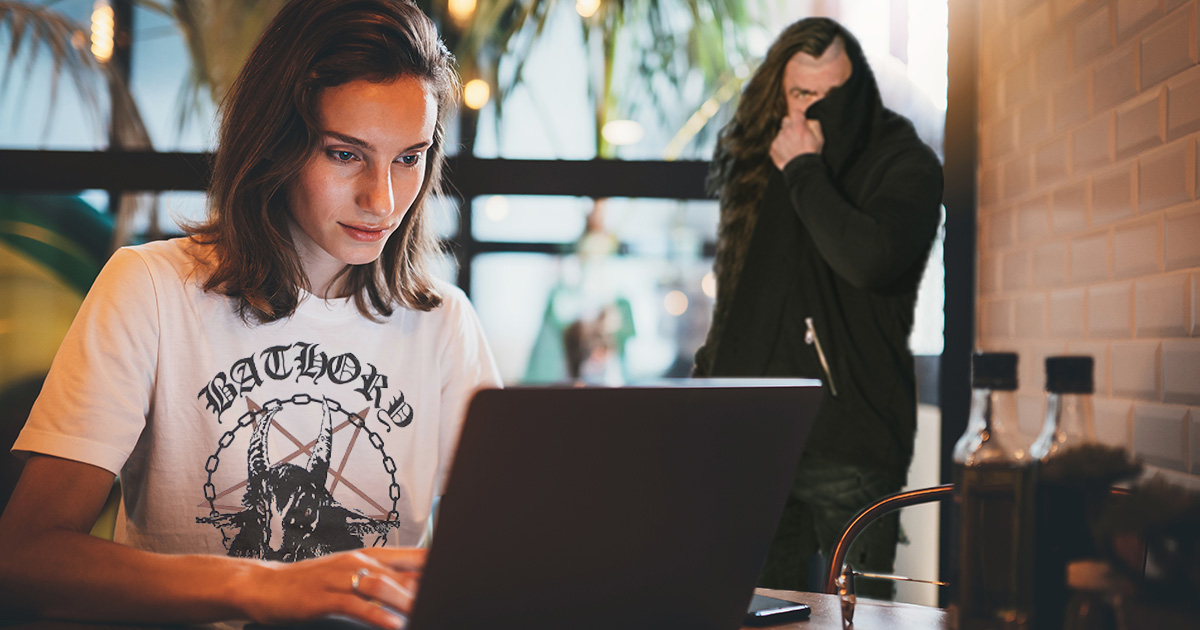 ATHENS, Ga. — Bashful metal enthusiast Ross Bromberg attempted to muster up the strength yesterday to speak with a woman he believed to be both incredibly beautiful and also a gigantic poser, witnesses confirmed.

“Alright, first of all, this wasn’t about gender,” explained an exasperated Bromberg, while memorizing the liner notes on every Mayhem album. “It’s about waiting in line at the only halfway decent coffee place in town and clocking a fantastic Bathory T-shirt draped over a supple figure, and immediately sensing chicanery. My plan was to get in there fast, confirm she doesn’t know a single member besides Quarthon, and educate her on the history of the lineup, thus causing her to fall madly in love with me.”

“First you challenge them, then you correct them, and then they become putty in your hands,” he added. “If I’m lucky, I’ll get out before I notice the shape of her breasts and get scared of her femininity.”

The woman in question, Rachel Lynch, confirmed she gets bothered by weird dudes every time she wears a band shirt in public.

“I didn’t even realize I made the mistake of putting on my Bathory shirt when I left the house — this thing is a magnet for guys to challenge my metal knowledge,” said Lynch while covering her shirt with a bulky jacket for her walk home. “I could be pinned under a truck tire about to die, and some weird guy would accost me about my shirt before bothering to help. I swear, anytime someone I find even remotely attractive tries to talk to me they end up making me name three Venom songs, and deep cuts, too.”

“Many of my clients become self-conscious when speaking with a member of the opposite sex and their ‘flight or fight’ response kicks in. In this situation, they either flee — which sometimes means they just headbang until the girl walks away — or they want to fight the woman about her dedication to metal,” Jennings said. “This goes all the way back to prehistoric times, when men were required to hunt and gather obscure metal bands to compete with other males.”

In related news, Bromberg struggled this morning to find the strength to leave a bad review on the Yelp page of a record store at which he was too nervous to apply for a job.