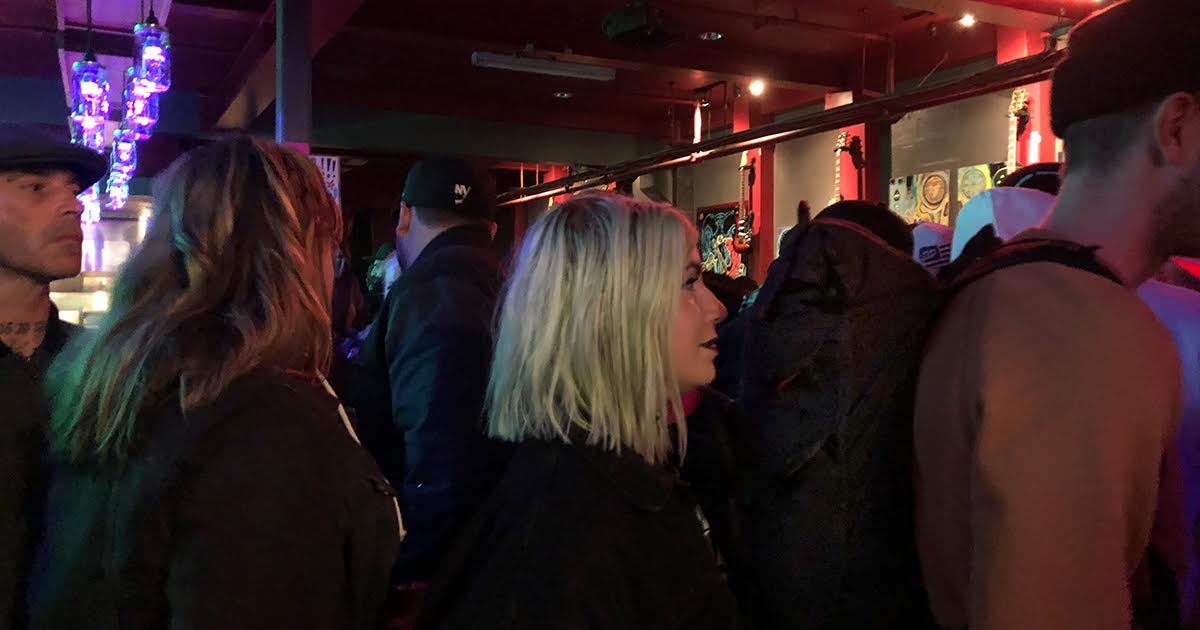 “I had to do something,” said a shaken Deacon. “Things weren’t right. Why would such a tall person need a backpack at a show? Couldn’t he stash it with one of the merch guys? Or, like, was he gonna do homework between sets? It just didn’t add up. I had to take action.”

“Plus, one of the pockets was half-unzipped, and that was really bothering me,” Deacon later added.

Witnesses corroborated Deacon’s claims, reporting that the tall, backpacked man repeatedly stepped backward, shoving the large rucksack into multiple faces among the crowd. One young man sustained non-life threatening injuries, suffering an imprint of the word ‘JanSport’ on his forehead.

“We don’t usually go to punk shows — not a friendly group — but this guy seemed serious,” said BPD spokesman Bart Wickles. “We asked if the suspicious backpack was unattended, and when Mr. Deacon assured us that ‘…this tall mofo is definitely not attending to anything behind him,’ we went to work.”

While unable to locate the backpack’s owner, police still shut the concert down as a matter of course. The Pulaski Tavern will remain closed for the coming week during a full investigation.

Deacon insisted she never considered just asking the tall backpack owner to move, or possibly take the backpack off.

“Are you out of your fucking mind? Who does that? Even if it turned out to be nothing, I’m glad I did it,” said Deacon. “It’s good to know the police will take complaints seriously. Just wait and see what happens next time someone spills a ‘suspicious drink’ on my shoes.”

UPDATE: Multiple sources reported a backpacked man on a crowded Green Line train not bracing himself during stops and starts, pushing the backpack into the facial areas of travellers just trying to look at their phone.