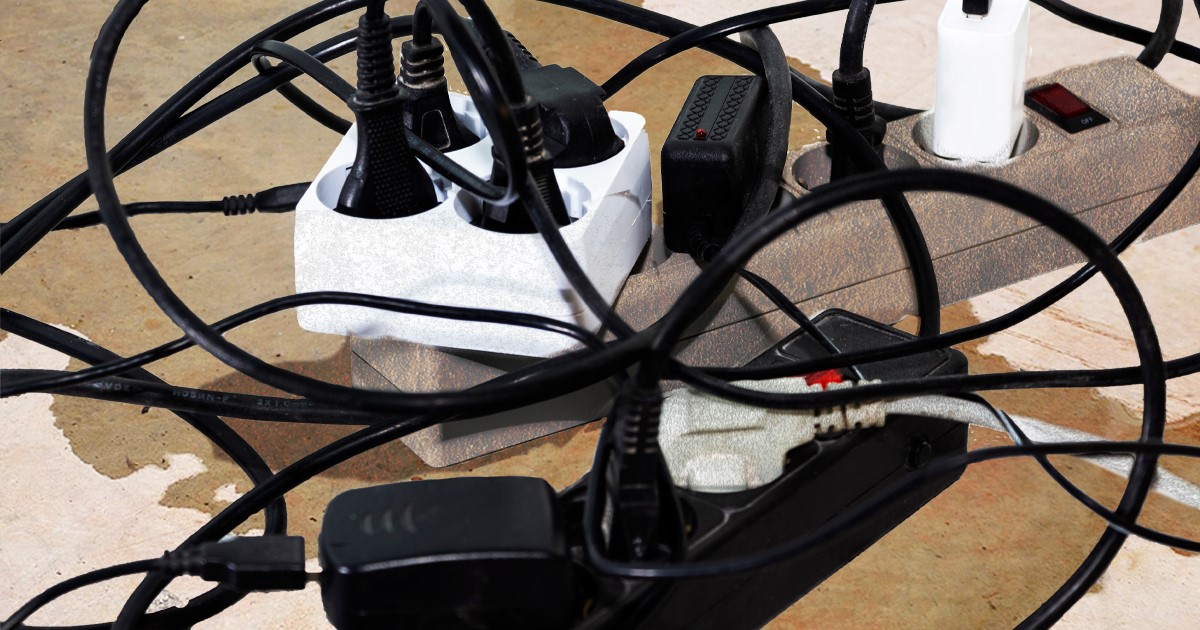 TACOMA, Wash. — A dangerously overloaded powerstrip providing electricity to every amplifier, light, and smoke machine on stage at a local DIY space is unfortunately the least perilous part of the venue, suddenly-scared-for-their-lives sources confirmed.

“Powerstrips normally have five outlets, but we bought some multi-outlet adapters to get this bad boy to 39,” said show booker Jimmy Jeong. “And since our power got shut off for unpaid bills, our venue is now 100% green. So we just use extension cords to reach our neighbor’s outdoor outlet.”

Besides the powerstrip, show attendees were alarmed by the sheer number of severe building code violations in the 600-square-foot space.

“The venue doesn’t have a bouncer, but there’s a family of possums you have to throw a grape to if you want to enter,” said one-time attendee Marian Ani. “People say the venue is so ‘authentic’ and the bands sound great, but I’m pretty sure that’s the fumes from the gas leak talking.”

Punk Jenny Bergmann claimed the notorious venue has taken on a mythical reputation in the local scene.

“Allegedly, when they dug the bathroom holes, they discovered a colony of mole people inside an abandoned subway tunnel,” said Bergmann. “Probably an urban legend… but if it is true, I’d like to apologize to those mole men, women, and children for eating Taco Bell before the last show.”

Guitarist “Little Jay” Neofytos noted the venue is just as terrible for performers as attendees.

“There’s a string of Christmas lights that can’t be moved because they’re load-bearing,” said Neofytos. “Once, one of the opening bands asked to borrow my guitar, but instead of playing it they used it as a buttress to keep the ‘green room’ from collapsing.”

Indeed, fire marshal Antonio Tadeo shut down the venue this morning, and fined all involved for endangering dozens of lives.

“Besides the random boxes of oily rags and overcrowding, there’s literally no walls in this basement,” said Tadeo. “It’s just a shit ton of cheap spackling spread over dirt. They realize that’s not what real walls are, right?”

At press time, the now-condemned building is being hailed as an “amazing” and “legendary” punk venue by people who were never actually there.