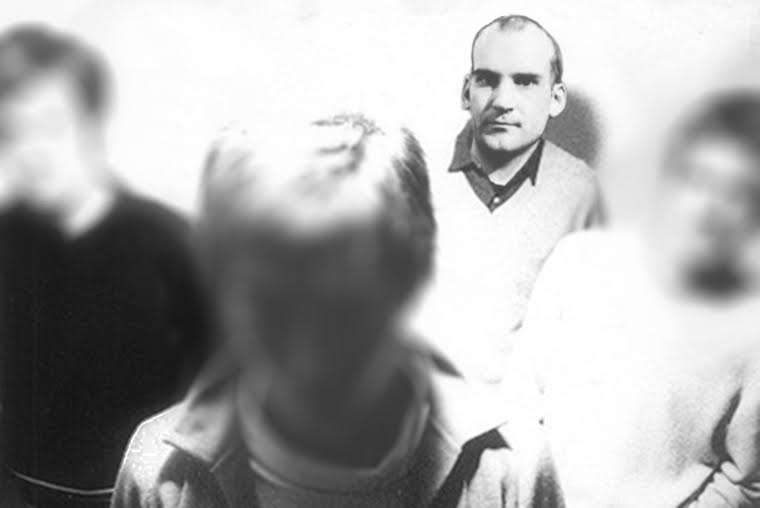 CHICAGO – Sarah Koenig, host of the popular podcast Serial, made a surprise announcement this weekend that the upcoming third season of the show would focus entirely on trying to identify who else was in Fugazi besides Ian MacKaye.

Serial, which took the podcasting world by storm through investigating the 1999 murder of Hae Min Lee in its first season, continues to top the podcast charts in its second season by focusing on Sgt. Bowe Bergdahl, a U.S. Soldier held captive by the Taliban for five years. Season three will see Koenig using archival footage and bootleg tapes to dive deep into the rich history of Fugazi in hopes of finally revealing the other members of the band.

The seminal post-hardcore group, formed in Washington D.C. in 1987, featured “Ian MacKaye and … three other really interesting, but super-mysterious guys,” said Koenig from her Chicago studio. “I just felt like someone out there had to find an answer to this riddle called Fugazi, and it was my job, as an investigative podcaster, to solve it.”

“Our first two seasons, through exploring Adnan Syed’s conviction and Sgt. Bergdahl’s AWOL journey and Taliban captivity, we found connections of love and death, of justice and truth: these big, yet basic ideas. We’re very excited to continue in that direction by finally learning who provided the other voice on ‘Waiting Room,’” said Snyder. “I saw them play back in 1998 and was always curious about them. But when you try looking them up online, it’s always just Ian MacKaye photos and interviews. I need to know who those other guys were — someone else had to be drumming, right?”

Season three of Serial is expected to be released this Spring, and Koenig reports that she is already excited about what she has found.

“Mr. MacKaye has been very gracious with his time; he actually insisted we use his recording equipment he had set up in his basement. He even agreed to put me in touch with the other members if I promised him that the podcast would not be sponsored by any alcohol or tobacco products,” said Koenig. “Getting their contact info from Ian could be a huge first step in identifying them, but as we’ve learned on the other seasons of Serial: nothing is as simple as it seems.”