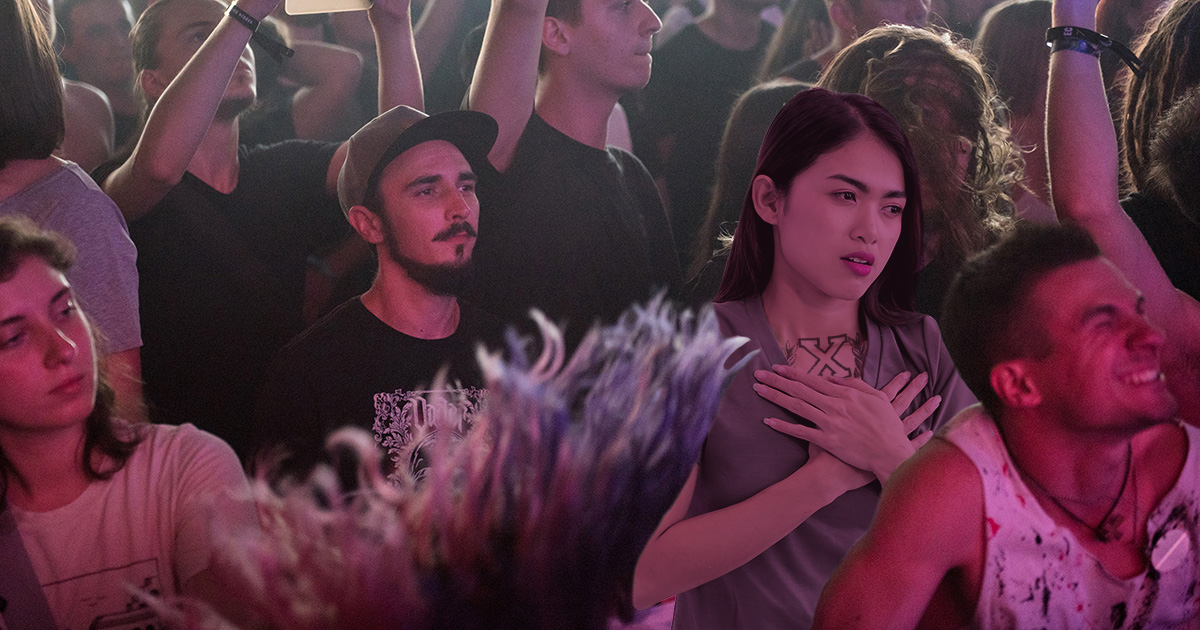 “I’ve been in enough pits to know how brace myself for the inevitable tit shot, but I hadn’t anticipated how many old school guys got into CrossFit and came out of mosh retirement,” said St. John. “When the third guy in a Knocked Loose hoodie elbowed them during ‘Punish,’ the twins didn’t stand a chance.”

With the growing awareness of chest-based CTE, known by medical professionals as “mangled titty syndrome,” many young women newer to the scene are choosing to take it easy in their formative punk years.

“As punk and hardcore is becoming more prevalent around the world, Mangled Titty Syndrome has seen a steady increase globally,” according to Dr. Deirdre Mulligan. “I am happy to report that we’re seeing an uptick in the number of women under the age of 21 opting to spend the show standing along the periphery of the pit. Some are even just doing coke in the bathroom all night, which carries a zero percent risk of Mangled Titty Syndrome.”

Following her diagnosis, St. John signed a lucrative venue commentator deal, and is looking forward to joining Fat Tony, Big Joe, Ugly Vinny, Skinny Tony, Vito the Moron, and Asshole Sal at the bar for every Agnostic Front and Murphy’s Law show for the next 10 years.

“I remember being a kid, seeing these guys at the bar at CBGB, talking about how everyone under 25 was doing everything wrong,” St. John stated. “Now I can join the ranks of legendary show commentators, giving my opinion on who sucks and where the best closed down pizza place was.”

Although St. John is retiring from the pit, she is expected to be recognized for her decades of achievements with commemorative graffiti in the bathroom of the new ABC No Rio in 2030.