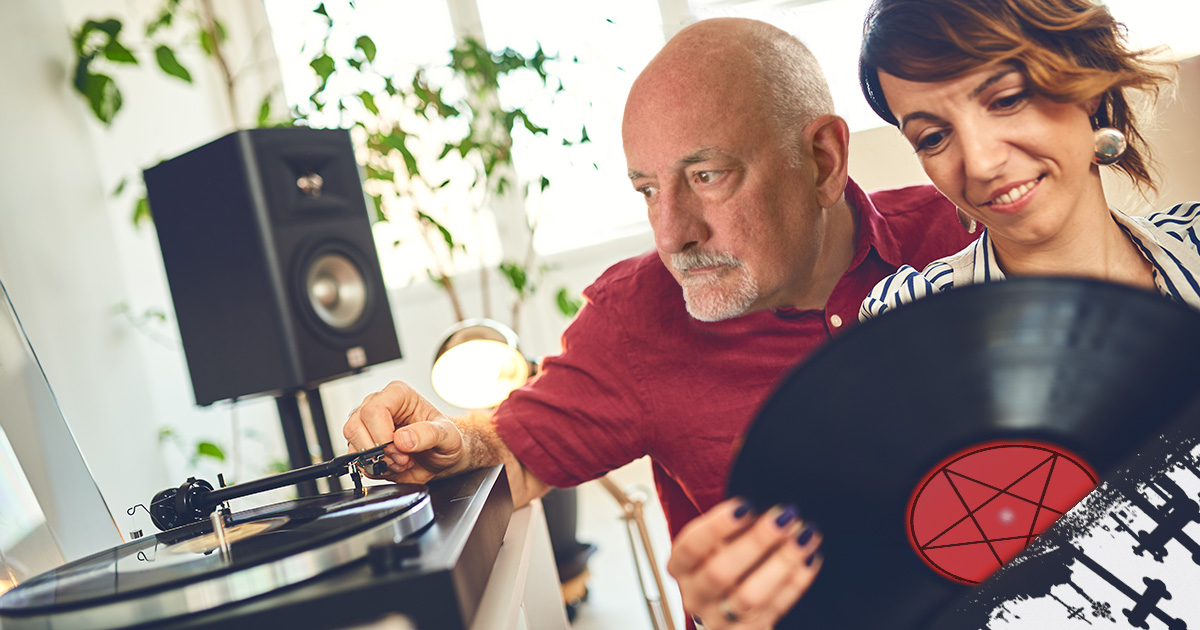 WASHINGTON — Parental groups across the nation are growing concerned about a new recording technique known as “frontmasking,” in which satanic messages are conveyed when black metal albums are played normally, a watchdog organization confirmed.

“It’s no longer safe to let children listen to black metal: kids all over the country have been asking their parents why ‘some shithole whore has worms in her snatch.’ These are truly wicked times,” said Peg Portier, founder of the Children’s Center for Musical Health. “We urge parents to remove any records from the home that have illegible font, or feature a black-and-white photo of heavily face-painted individuals who look to be yelling.”

Parents were also specifically warned about any albums recorded by Scandinavian musicians.

“There’s a band named Apostle Pustule, who I believe uses frontmasking in a song called ‘Cradle-Robbing’ — I’m worried people will play the song forwards so they can hear lines about sacrificing goats to Belial and taking an infant’s soul,” said concerned parent Ned Doherty. “I don’t mind fun math songs like ‘Inverted Pentagram,’ but this is going too far.”

Some music fans feel differently, however, including devout metalhead Dave Allnut — who claimed he’s happy to discover the blatant messaging.

“Back in the old days, it was a lot of work to find out where the incantations for a fellating virgin were and then play them backwards. I can’t tell you how many Iron Maiden albums I ruined desperately trying to find a hidden satanic message,” said Allnut. “This saves me a lot of time. Plus, the Black Mass sounds downright silly when you hear it backwards.”

“The lyrics to ‘Burn the Feces’ are some of my truest poetry. If some child ends up performing a satanic incantation because of it, I should not be held accountable,” said Avvik. “If you force me to go back to putting backwards messages in songs, we won’t be able to release any music — digitally, or even on cassette. This is a big deal for full-time musicians who happen to love Satan, like myself.”