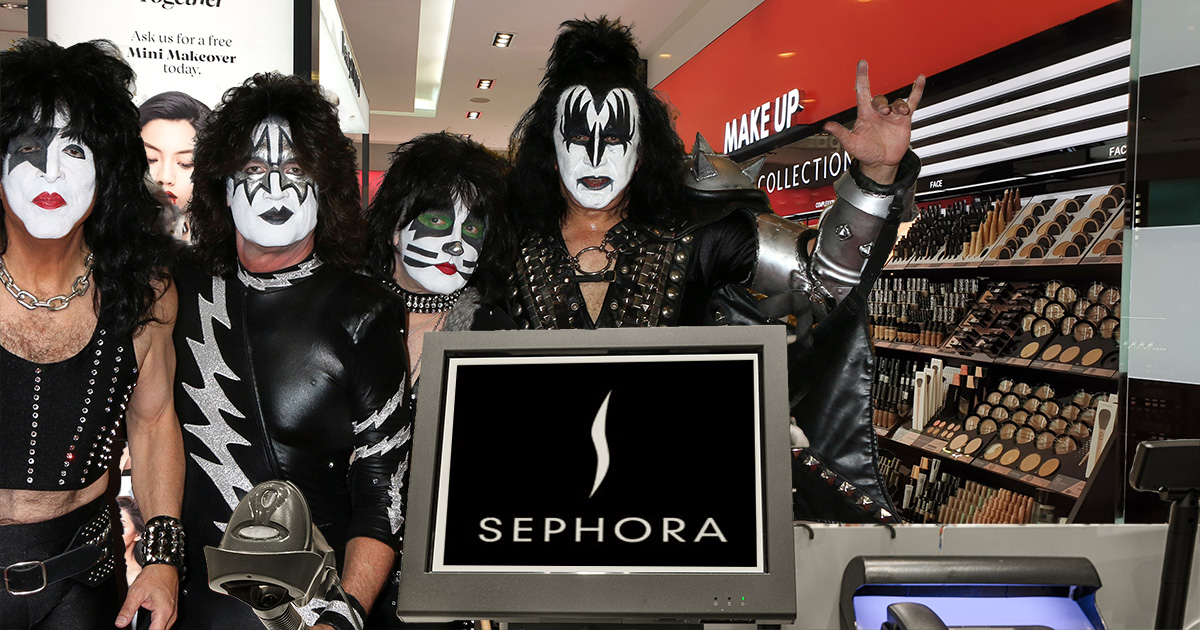 NEW YORK — Members of glam rock group KISS were spotted using a stockpile of Sephora points at a local store late yesterday morning to purchase a number of items for their on-stage look, according to sources.

“My daughter and I saw Gene Simmons at the counter interrogating an employee about whether he’d be better served by the Dermalogica microfoliant or the Sunday Riley beauty kit,” said Brooklyn resident Tina Marcos, who was there to help her daughter purchase makeup for prom. “I think he bought them both. It looked like his Beauty Insider card had definitely seen better days, but they ended up sending him off with like three liquid lipsticks he never picked up for his birthday a few years in a row.”

Representatives of KISS guitarist Paul Stanley confirmed that the rocker had cashed in on “an undisclosed number” of points, and was thrilled to be experiencing Sephora products beyond just black-and-white greasepaint.

“Paul got some great stuff and is very excited to see if he can pull off beachy waves, and is incorporating a 10-step K-beauty routine to his evenings,” said PR spokesperson Quinn Sewell. “If moisturizer that rich, but not pore clogging, was around when they wrote ‘Hard Luck Woman,’ the song probably would have just been called ‘Woman’ or maybe something about not looking a year over 32, despite having three kids. He and the boys go to Sephora all the time, but I feel like this is the first time they’ve really experienced it.”

According to Sephora employee Kat Kitson, the band’s visit was an excruciating ordeal.

“Peter Criss asked questions about every single reward item we had in stock, and he got pretty confrontational about the night serum only being in a sample, even though it’s a deluxe,” Kitson recalled. “Plus he kept demanding to know if it could actually reverse the aging process, and then he ended up changing his mind and cashing in for 45 Tarte Shape Tape travel sizes instead. He spent so many points our system shut down and we had to stay late to talk to the Sephora fraud prevention team. Ugh.”

Simmons stated that he was so happy with his experience that he was considering returning to the store to ask an employee for help updating his heavy-eyeliner look into something more youthful and summery upon noticing “a lot of nice looking floral palettes.”