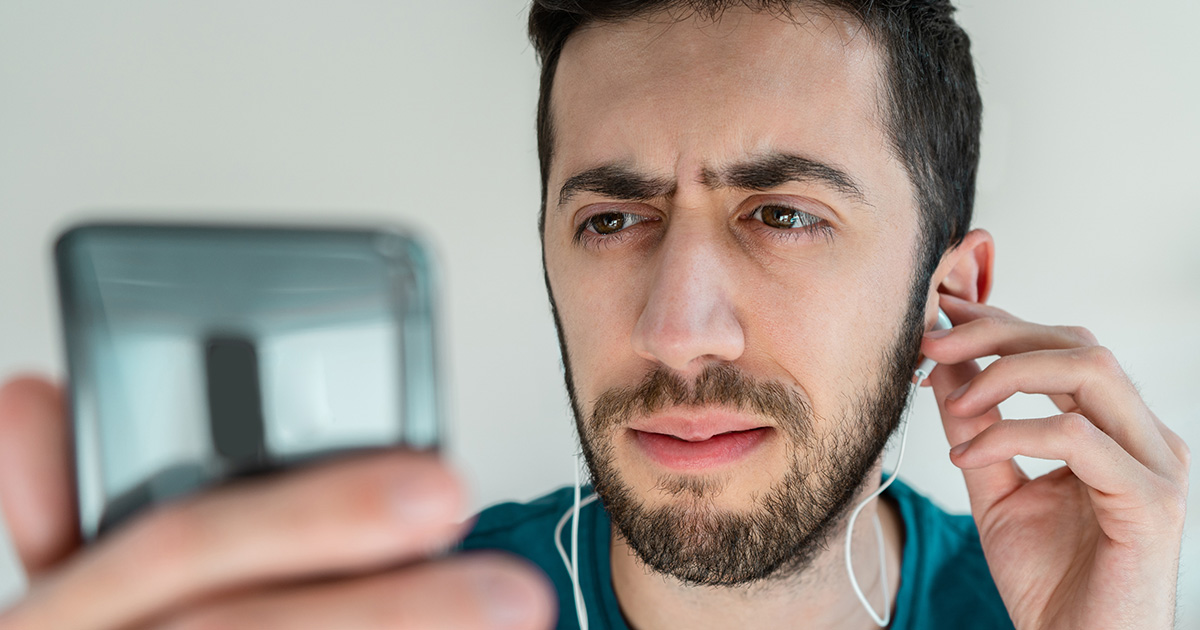 ALBUQUERQUE, N.M. — Local man Gabriel Danforth is plagued with uncertainty about whether his 13-month-old Skullcandy headphones are broken after hearing a concerning staticky noise, or if fuzz-folk is to blame, sympathetic sources confirmed.

“It was a literal nightmare,” said Danforth. “I was walking down the street when I noticed the static sound, and I freaked out because if I don’t have music to distract me, I start thinking too much and that always leads to trouble. I tried to keep the phone stiff in my hand for a bit, until I remembered that ‘Song Against Sex’ sounds like a bass is going through a meat processor. Honestly, the playlist I made pre-Lexapro could be responsible for this whole thing.”

“He ran in all out of breath and asked if we had ‘any of those rip-off Apple dongle thingies,’” said Zheng while restocking Mountain Dew Code Red. “But then it suddenly looked like a lightbulb went off over his head. After circling the headphone stand for what seemed like an eternity and buying a pack of Marb Reds, he recited some lyrics about aeroplanes and communism and rushed out.”

“People often undergo severe psychological stress when they think that they need to purchase yet another pair of headphones,” said Doctor LoPresto. “Most obsessively thumb the wire to keep it in the perfect position when they think they hear the dreaded static. But really, they just need to stop listening to Neutral Milk Hotel and Alex G and finally invest in some goddamn Bluetooth headphones. 90% of the time, stress levels significantly decrease when they switch to a hi-fi pop song.”

At press time, Danforth is undecided about whether he should add his current headphones to the graveyard of the ones in his nightstand drawer, or if his recent Neutral Milk Hotel binge is a cause for him to stop ghosting his therapist.