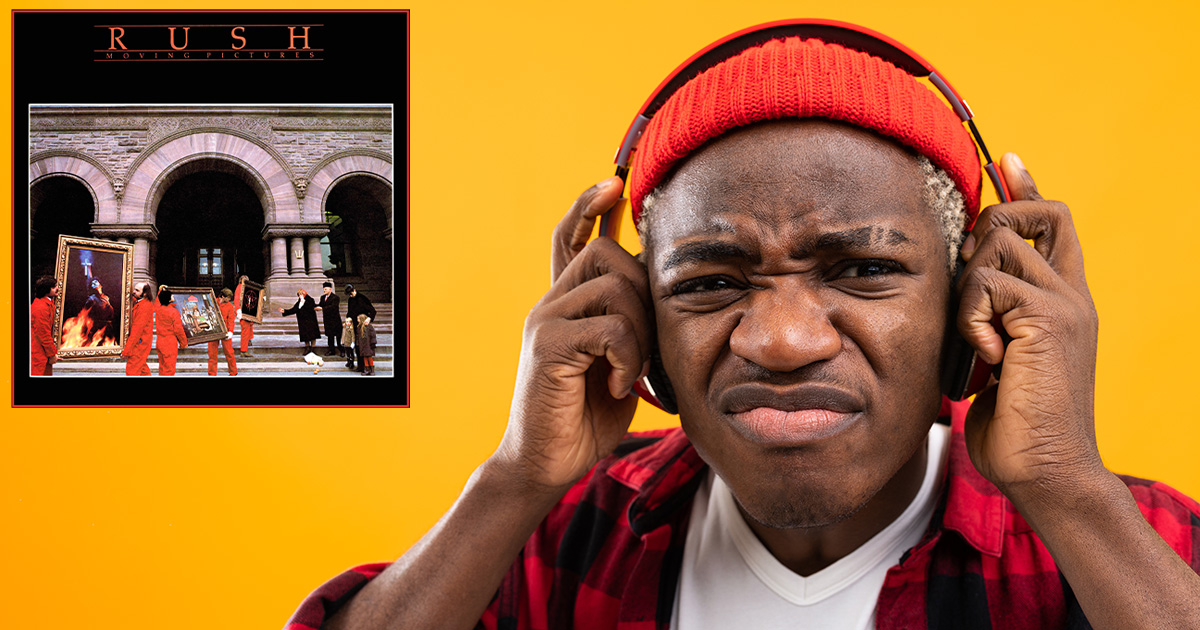 “I was digging through our tape archives here at Studio Un when I stumbled upon a box labeled ‘RUSH’ that I had never seen before,” recounted studio engineer Ian Perout, a Gen Z intern just beginning an ill-advised career in music. “The track was named ‘Huck Finn.’ I popped it on our tape deck, hit play, and immediately started crying. It’s the most offensive thing I ever heard. Not only does the novel’s famous Jim character appear frequently, it seems Rush added new characters of almost every race and referred to them exclusively by slurs. I’m so, so sorry for finding it.”

“We wrote that song around the time our kids started having homework, ‘Huck Finn’ was a way to inspire them to finish book reports,” recalled Rush guitarist, and frequently forgotten person, Alex Lifeson. “We stuck a little too close to the book by making Jim a main character. And we added some additional micks and wops throughout in case the kids got assigned Dante or Joyce. Whoops, I mean Irish and fuckin’ Italians. Regardless, anyone we played the song for hated it, and it started more than one fistfight, so we scrapped it.”

Diehard Rush fans grappled with balancing the excitement of new, classic-era material with the morally repugnant nature of the lyrics.

“Do I want to hear new Rush tunes? Yes. But a teacher already made us read Huckleberry Finn in 7th grade, and as the only Black kid in the class, I don’t seek that feeling again,” admitted Anthony Wilkins, who has seen Rush live over 15 times. “So I’m not sure. At this point, I’m in my 40s, and the prospect of a new Rush song is by far the only thing I’ve had to look forward to in almost five years. Don’t judge me.”

Rush’s legacy faced further tarnishment, after Neil Peart diary entries indicate they may have been working on a concept double-album defending the unreliable narrator Humber Humbert in Nabokov’s “Lolita.”