The Ramones Reunite for One Last T-shirt 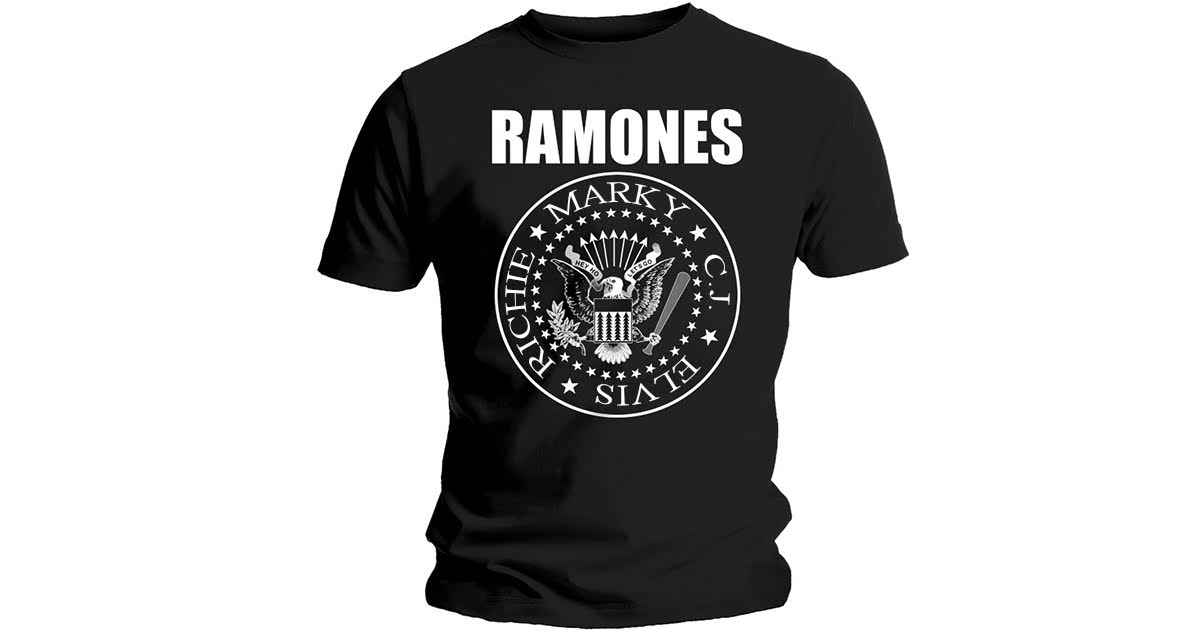 NEW YORK — The four remaining members of seminal punk band The Ramones announced plans to reunite for one last T-shirt at a press conference earlier today.

Marky, Richie, Elvis and C.J. Ramone’s joint announcement came as a surprise to most, as the band has not had any official contact with the media or been seen together in public for months.

“The whole thing came together really fast,” said drummer Marky Ramone. “No one planned on making this happen, really. I just got on the horn with Richie a week or two ago and that’s how it started. One phone call led to another and here we are back in the t-shirt game. We initially thought about donating the proceeds to charity, but ultimately decided against it.”

“It just felt right,” added second drummer Richie Ramone. “I mean, you walk around all day, seeing these kids wearing T-shirts… and I started thinking, ‘Man, we made t-shirts WAY before most of these kids were even born!’ Guess I just got it in me to show these kids how real punk bands make merch.”

Fans expressed excitement about the possibility of a new T-shirt lineup.

“I never thought this would happen,” exclaimed Carl McCanter, a band merchandise aficionado. “I got so excited a few years ago when I heard about them getting back together for Urban Outfitter’s fall line. When those contracts fell through, I was sure that was my last chance.”

“Most of my shirts have holes in them too, so I’m extra stoked,” added McCanter. “And I’m also low on socks. Have they mentioned anything about socks?”

While there is no official release date, members of the band hope to release the shirt as quickly as possible. “We know how eager most fans are for a chance to wear clothes,” claimed third and ultimately final drummer Elvis Ramone. “So we’re pushing production along as quickly as possible. Especially since people were so upset with [last year’s] reunion show.”

“I mean, I know it was heavy on the rhythm section, but I thought that was kind of cool,” continued Ramone. “Guess I’m in the minority on that one.”