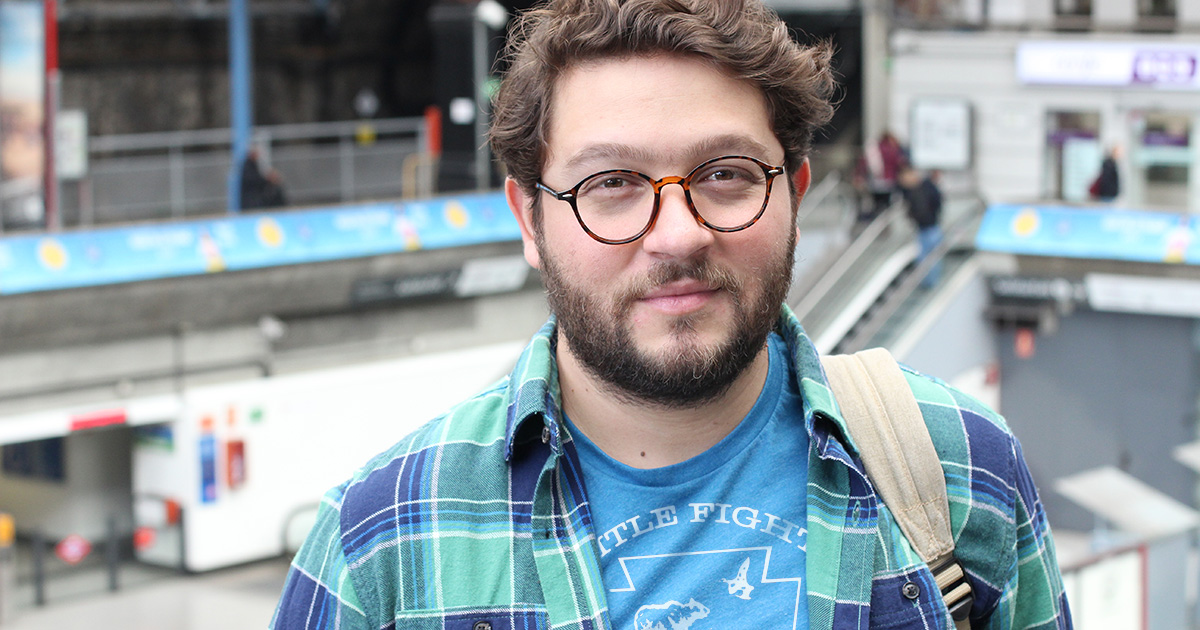 NEW BRUNSWICK, N.J. — Local Menzingers fan and all-around manchild Tim Bluth began preparations to attend the band’s anniversary shows for their 2012 release ‘On the Impossible Past’ by being the exact same person he was ten years ago, annoyed sources confirm.

“As soon as The Menzingers announced they were gonna be touring the album in full, I knew I had to go,” the 31-year-old Bluth said during a smoke break behind the Subway he has worked at since 2009. “My girlfriend and I would listen to that album all the time. I oughta call her and see if she and her husband wanna go. My shift lead, Stewart, already agreed to cover for me since I worked his shift last month so he could go to prom.”

‘On the Impossible Past’ is the third album by the Scranton-based group and was released to widespread acclaim. In the ten years since its release, the band has put out three more studio albums, none of which Bluth has bothered to listen to, according to those close to him.

“Tim called me the other night right as I was putting my son in his crib to try and get me to go to this show,” said paralegal with the District Attorney’s office and person who hasn’t heard from Bluth in years, Claire Kent. “I tried to tell him I didn’t really wanna do whippits in a parking lot before a show anymore but he just kept shouting ‘YOLO’ over and over again until I agreed. Then he asked if I could buy the tickets and he would pay me back.”

While Bluth’s friends are reportedly “dreading” the upcoming night out with the punk, his parents expressed excitement at him getting out of the house.

“The dream was always to sell this house once Tim moved out and then we’d hit the road in an RV. We were gonna drive across the American Southwest,” Owen Bluth said. “I retired from the factory two years ago and thought we’d have an empty nest by now, but here we are. Still, it’ll be nice to get an evening to ourselves where we don’t have to keep quiet or worry about him walking in on us while we’re boning. That’s what we call it when we watch our ‘Bones’ DVDs with a glass of wine.”

At press time, witnesses reported Bluth was seen shopping for orthopedic insoles for his Doc Martens so he could break them in before the tour.