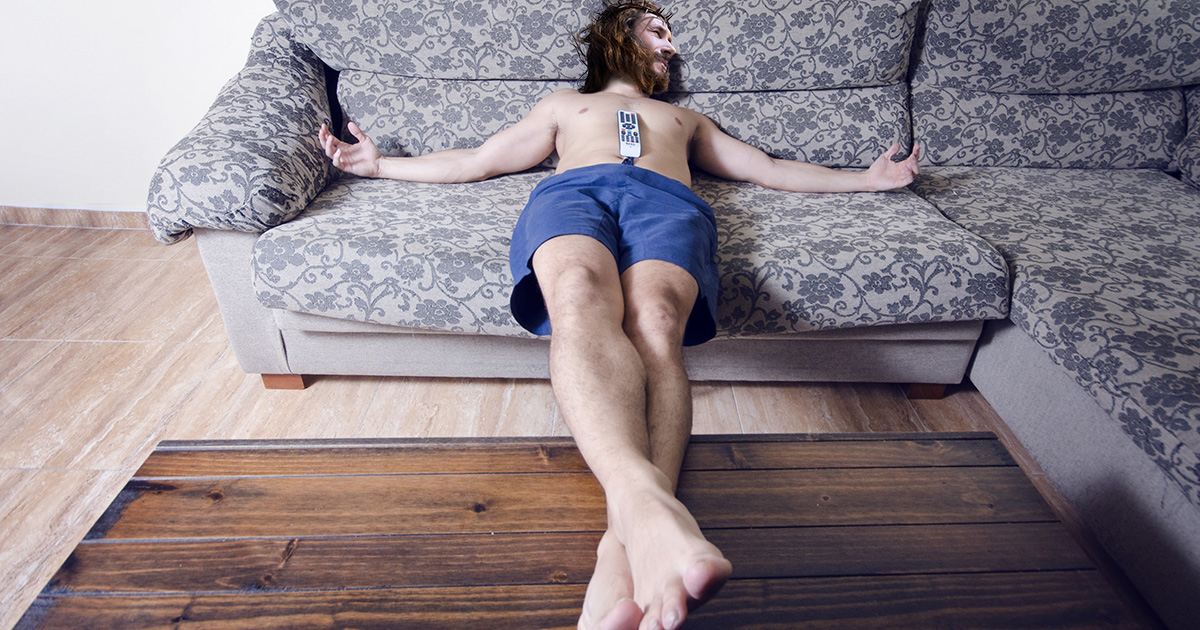 “Listen, I’m super sorry about this, but I just got held up,” Christ explained. “I’m not gonna get into the details right now, but I had a really fucked up weekend and I just need to chill for like, five seconds. It’s not like anyone’s leaving before I show up anyway, so just lemme finish this episode of SVU and piss off. My child.”

Despite Christ’s adamant defense that he’s “moving as fast as I can — God, give me a fucking break,” those closest to the Messiah claim his tardiness is not uncommon.

“I don’t know… no one heard from the dude for like, three days, and then I get some scroll tied to a rock saying he’d be here in 20 minutes. And that was almost an hour ago,” said DIY promoter Zibi, daughter of Saul, nervously checking the door for Christ’s arrival every few seconds. “The fucked up thing? He’s not even coming in from out of town or anything — he’s probably just dicking around and playing video games or something. This is exactly why we lost that Battle of the Bands back in middle school, and I’m sick of it.”

“Plus, look at the date today. April 21st? Not fooling anyone, friendo,” she added.

While resurrections are generally prompt, those in the punk community are well known for beginning much later than their anticipated start times — as confirmed by punk scholar and so-called “town lunatic” Barnabus of Cleveland.

“Punk events haven’t ever started on time, since the beginning of time, and that’s a fact,” he said. “You think the late Cretaceous period was the last era of the dinosaurs? There was a whole other one booked and ready to go, but the start time kept getting pushed back ‘til eventually everyone just forgot about it. Such a shame, too. Some good bands came outta that scene.”

At press time, Jesus was napping and hitting the snooze button for “just five more minutes” before waking up to head to the resurrection.