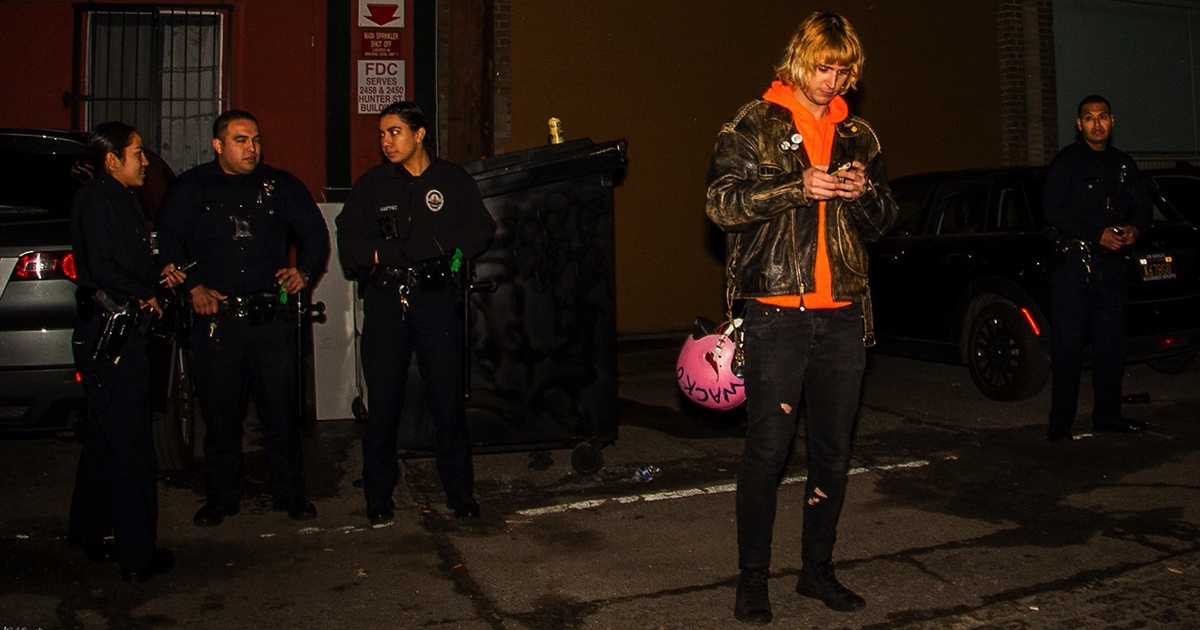 LOS ANGELES — Tired, aging 31-year-old punk David Kresner was relieved when police arrived at a record release show last night, prematurely ending the concert in time for him to get a good night’s sleep.

“It’s a shame. I was really looking forward to checking out some of these bands,” said Kresner of the DIY show that took place at a local print shop. “This is honestly sort of a relief, though — my back kind of hurts from standing on these hard floors, and it was already hurting from sitting at work all day, too. And I got this thing tomorrow, so…”

“I guess I’ll just get to go to bed before 11 tonight after all. Sucks for the touring band, though,” he added while ordering food timed to arrive the exact moment he gets home.

While Kresner was relieved to depart early, others did not share his enthusiasm.

“This friggin’ sucks, bro!” exclaimed local teen Reina Tichenor, putting both middle fingers up in the air. “Imp Act was just about to go on when those greasy fucking oinkers came in and busted things up. Everyone was so pissed… except that one guy who kept leaning against the wall all night. I think he was the door guy’s dad or something.”

Indeed, few were happy to see the police, save for a few older show attendees.

“Whenever you break these things up, you get, ‘Fuck you, you fascist pig,’ or, ‘I’m gonna shit in your mailbox, you party-pooping pigs,’ or ‘I’m gonna come to your house and fuck you in the piggyhole and make your family watch while they enjoy an eggplant lasagna I’ve baked with locally-sourced ingredients,” noted officer Kenan Wittaker of the LAPD. “But there was one miserable-looking guy who walked out with his head in his phone who politely thanked me before he found his Lyft.”

At press time, Kresner marked himself “interested” in three more shows at the same venue, all of which he will feel bad about missing despite making no attempt to attend.