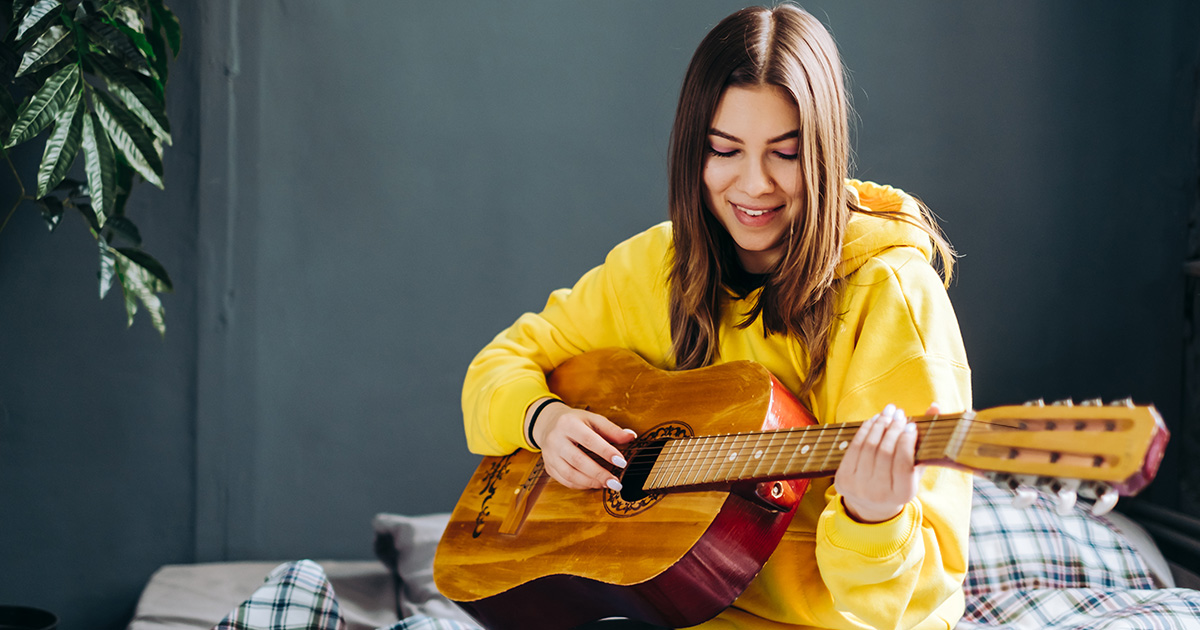 “I was just noodling away at home when a string snapped and whipped me across the face,” explained Buntz, a founding member of local post-hardcore band Heavy Setting. “I knew I didn’t have any spare strings in the house so I had to get creative. I’ll be honest, I’ve been in a romantic dry spell lately so my normal grooming habits have lapsed, but that worked out because I have this chin hair that grows like a weed and I knew it would do the trick. I grabbed my tweezers and within seconds I had a hair long enough to restring the guitar with room to spare.”

“It’s good to keep a stash of those thick under-chin hairs ready for plucking when they’re needed. The satisfaction of yanking a super thick dinger is only heightened when you can put that bad boy to good use,” she added.

“Lacey sent the band a picture of the 25-inch coil she pulled from her face last night. At first, I was worried it might actually be too thick to make work, but Lacey is on another level and she was able to make that hair sound so clean,” beamed Clink. “She’s been using extra long body hairs to restring our instruments for a while now. The absolute beast she pulled from her ass crack last month is still holding our drummer’s cymbal rig together. That thing could have moored a yacht to a dock it was so burly. We’re really lucky to have someone like her in the band.”

Anton Stock, a representative from Ernie Ball Guitar Strings, hopes this trend won’t catch on among other musicians.

“Human hair doesn’t have as great a sound quality as our range of strings, but it is surprisingly pretty close,” Stock revealed. “We’ve invested a lot of money in hair removal and razor companies to continue to insist that body hair is so unsightly that it must be removed and discarded immediately. We actually have one woman we keep on our payroll to prevent her from selling the one hair around her areola to bass players who need durable strings that last.”

Buntz is currently in the early stages of a Kickstarter campaign and was last seen trying to wind suspiciously thick, black strings into small plastic packaging.