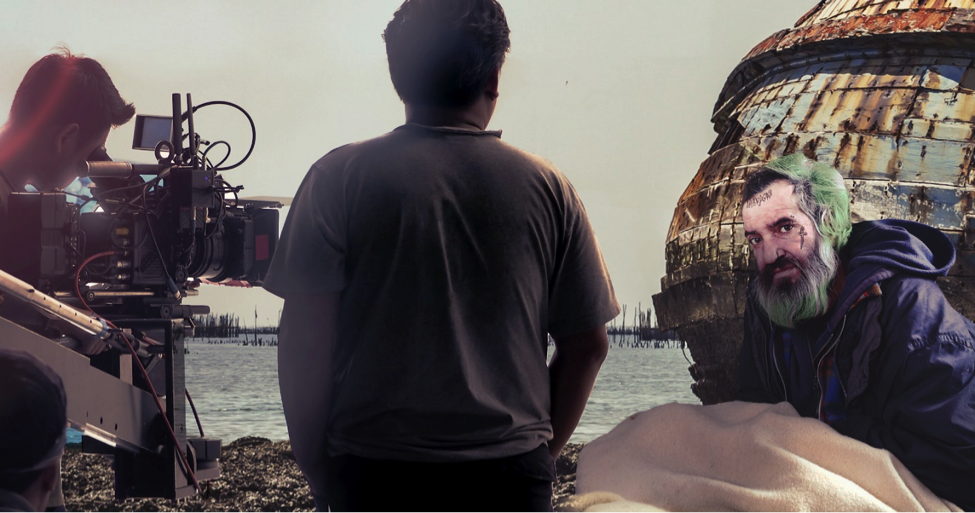 MAMANUCA ISLANDS, Fiji. — Crew members currently filming the latest season of “Survivor” were shocked to discover that a scab covered, emaciated, crust punk they had been following for the past week was not a registered contestant on the show, sources close to the production confirmed.

“There really is no other way to put this, but we just figured anyone that looks that rough has to be a cast member. His clothes were tattered and he looked like he hadn’t showered in weeks, but it just turns out that was all a lifestyle choice,” said camera operator Levi Rice. “Even though he constantly tried spitting on me it was still easier than having to follow Richard Hatch.”

The crust punk who only goes by the nickname “Choppy” says he has been squatting in the remote part of the island for months.

“I was just sitting around minding my own goddamn business when all these fancy fuckers starting coming around with cameras,” said Choppy while trying to punch a coconut open. “I saw some guy with a bandana around his neck handing out free bags of rice so I figured I would join the party. Then suddenly I am carrying a torch and being asked to paddle canoes around. Seemed like a bunch of corporate bullshit.”

Other contestants on the show were reportedly caught off guard by the crust punks sudden appearance in the games rotation.

“I didn’t think much of it at first. I figured the producers were trying to add this really smelly guy with a lot of firm opinions about the World Bank as a way to shake things up,” said contestant Helen Glover. “I started to get a little worried when he kept trying to give himself tattoos with the spear we used to catch fish. That shit got really infected at one point and he just kept ignoring it. He gave the CrossFit guy a run for this money, though, so I gotta give him credit for that.”

“Survivor” host Jeff Probst admitted he was happy to see Choppy removed from the show.

“At every Tribal Council he would call me a corporate pig and then try to fight me,” said Probst. “I would have liked to have seen him try though. I boxed a little in college and used to beat up punks like him all the time in the ‘80s. The tribe has spoken, and if you see him before filming wraps up send him to my hotel and his nose will get broken.”