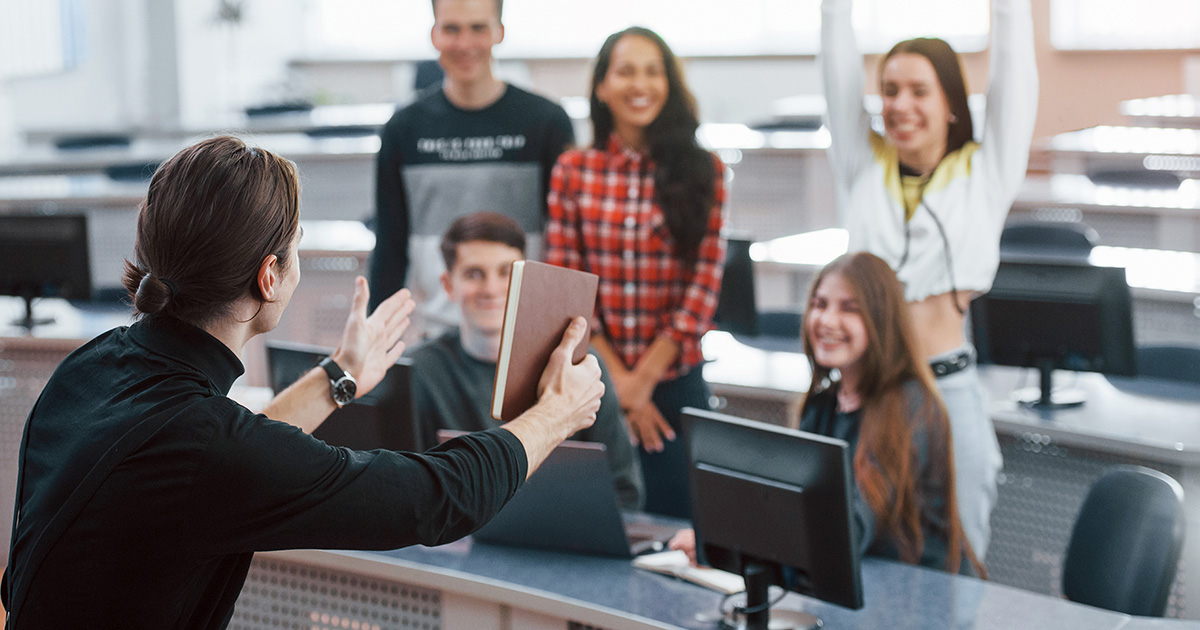 NEW YORK — Part-time punk and full-time teacher Jack Hannon once again made an impassioned plea to his students to move “move the fuck up” to the front of the classroom, confused students confirmed.

“At the start of every day he just aggressively paces back and forth for a while. One time he ripped off his sweater and headbutted the chalkboard before dropping to his knees and wrapping the cord of the overhead projector around his fist,” said freshman Alison Tibiate. “He kept saying ‘if you’re feeling what I’m feeling tonight move up closer to the front, there’s plenty of room. Let’s get this thing going!’ but none of us were sure what ‘this thing’ even was. Math?”

Hannon believes his actions to get the class to pay attention are completely justified despite the criticism.

“You think this kind of shit would be happening in Reagan Youth’s home economics class? No fucking way,” said Hannon in between puffs of the old discarded Marlboro Red 100 he picked up in the parking lot. “I’m sick and tired of this ‘fuck you horseshoe’ every class like everyone is afraid to be in front of the whiteboard. Sure you might get hurt, but that’s what it’s all about. If these kids aren’t ready to handle it when things get rowdy up front, how can they expect to be prepared for the rest of life’s challenges? It’s my responsibility to instill a deep knowledge of algebra and fear deep inside my students. It will make all of them better functioning adults.”

“My main concern is that it doesn’t seem like these kids are learning what they need to be learning. This is a math class, but if you ask these kids to solve for x they’ll tell you to fuck off and start some sort of circular slam dancing tornado. It’s terrifying,” said Principal Zarpentine. “Where are they learning this behavior? I for one blame Mr.Hannon, especially after I found the ‘How to Find the Circumference of a Circle Pit’ take-home packet he gave the kids last week.”

“I’m not sure what we’re going to do about this situation,” Zarpentine added. “But I assure you we are taking this matter very seriously”

Due to the nationwide teacher shortage, Mr.Hannon has also been put in charge of the school’s orchestra who are preparing to play through the entire Black Flag discography for this year’s Christmas Concert.