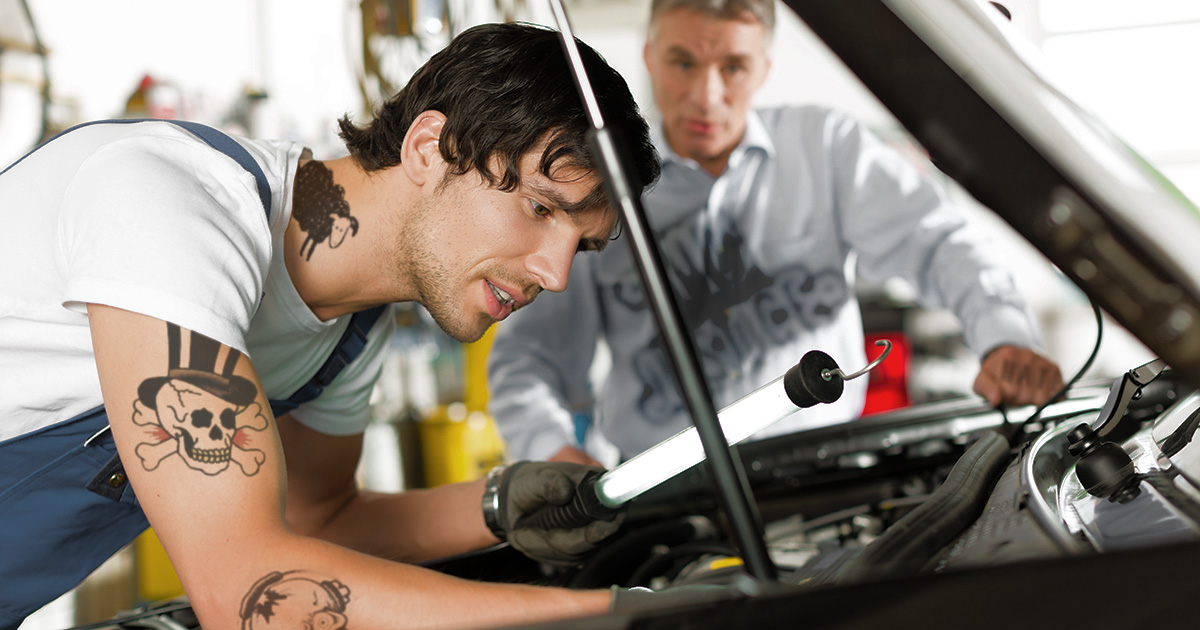 “We have a lot of work to do before she’s road ready,” said the elder Pappas while replacing the brand new, all-weather tires with bald, barely inflated tires. “The problem with these newer vans is all the windows work. So, the first order of business is disabling the driver’s side window so every time you’re in a drive-thru you need to open the door. And on the passenger side, we’re going to lower it half-way, then disable it, so there’s always a chance you get rained on.”

Steve Pappas bought the van with his bandmates in Pigdick ahead of their first East Coast tour, knowing the time spent with his father would be a great bonding experience.

“My dad played in a punk band in the ’80s called Reagan’s Commandos that was totally sick, and I can sort of see him reliving those days with each scratch and dent he puts in the side of the van,” said Steve, burning cigarette holes into the upholstery. “He’s already thrown up in the back and wiped blood all over the place so we get that old school feel to the tour. Plus, he’s a lot more mechanically inclined than I am, so he already broke off the windshield wipers and made it so the engine overheats if we drive more than 20 minutes without the heat on.”

Unfortunately, the other members of Pigdick were upset to see the van destroyed before even leaving the driveway.

“I don’t know what the fuck they’re doing. Steve keeps saying, ‘This is how real punks do it,’ but we just spent $17,000 on that thing and now its nearly totalled,” said guitarist Andrea Weller. “They took the muffler off, and then replaced it with the muffler from a 1987 Honda Accord they grabbed at the junkyard… which definitely doesn’t fit, and it sounds like shit when you turn it on. Fucking men.”

Following the conclusion of the tour, the Pappas men plan to bond further by building a model rocket out of Roman candles and firing it at the police station.