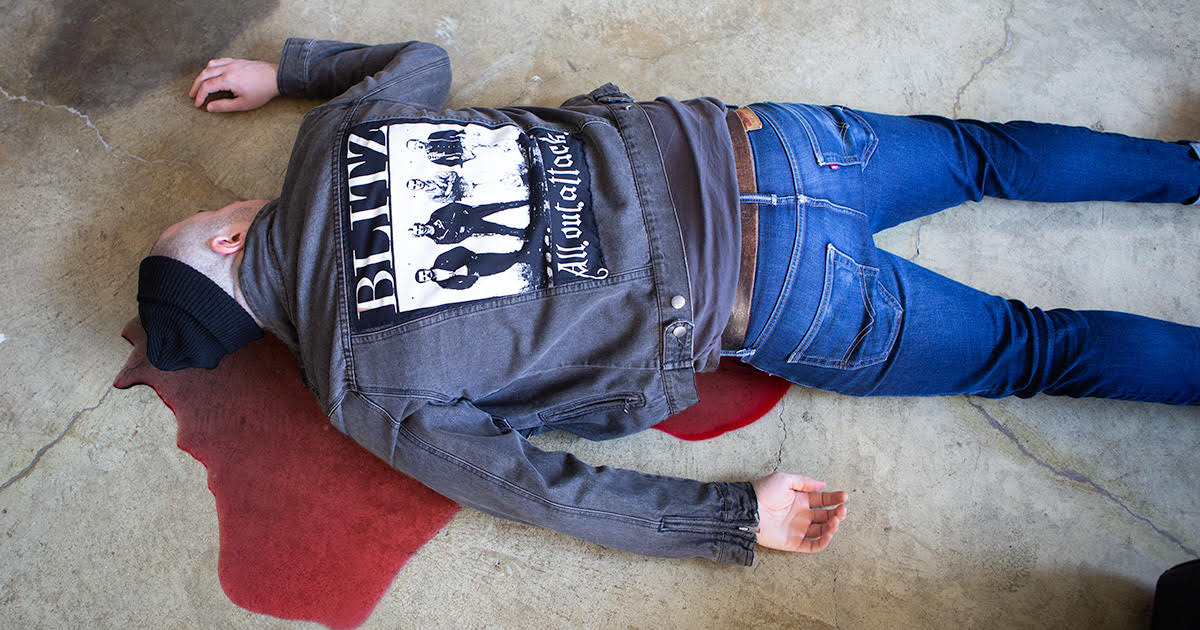 SEATTLE — Local punk Branson Jones died from multiple stab wounds last week after falling onto the pin side of his jacket during a session of heavy drinking, mourners within the local DIY community confirmed.

“Well, it’s pretty cut and dry from the evidence we found at the scene,” said Clint Steele, the police detective who investigated Jones’ death. “There was roughly 30 pounds of metal, enamel, and various other materials stuck to the front of this kid’s jacket. It was only a matter of time before all that weight made them tip right over, and the kid’s body weight slamming down on those pins basically made him pop like a balloon. You don’t realize how much blood is actually inside someone until something like this happens.”

“If I told him once, I told him a million fucking times to wear a protective rubber vest under his shirt. Honestly, I don’t even know how there was any fabric left between the pins,” Mason said. “Every week, a couple more pins would come in, like he had signed up for a subscription box or something. So he just kept adding pins until the jacket was like some indestructible chitinous exoskeleton. Yes, it made him basically stab-proof from an outside attacker, but he was so vulnerable just below the surface. He paid the ultimate price for such a badass looking piece of outerwear.”

Ginny Wheeler, an artisanal pin maker whose Etsy shop Jones frequently patronized, said she was all too familiar with this type of death.

“Yeah, I’ve been subpoenaed in several different investigations at this point, because I make the biggest, heaviest pins on the market, and people have a tendency to fall over on them and end up dead,” Wheeler said from her studio. “They’ve tried to charge me with murder, manslaughter, and reckless endangerment, but what they always fail to realize is I’ve got a ‘wear at your own risk’ clause in the fine print of my shop and it’s pretty airtight, unlike some of my former clients.”

At press time, Jones’ family was arguing about whether it was in poor taste to bury their dead relative with what was simultaneously his prized possession and instrument of death.