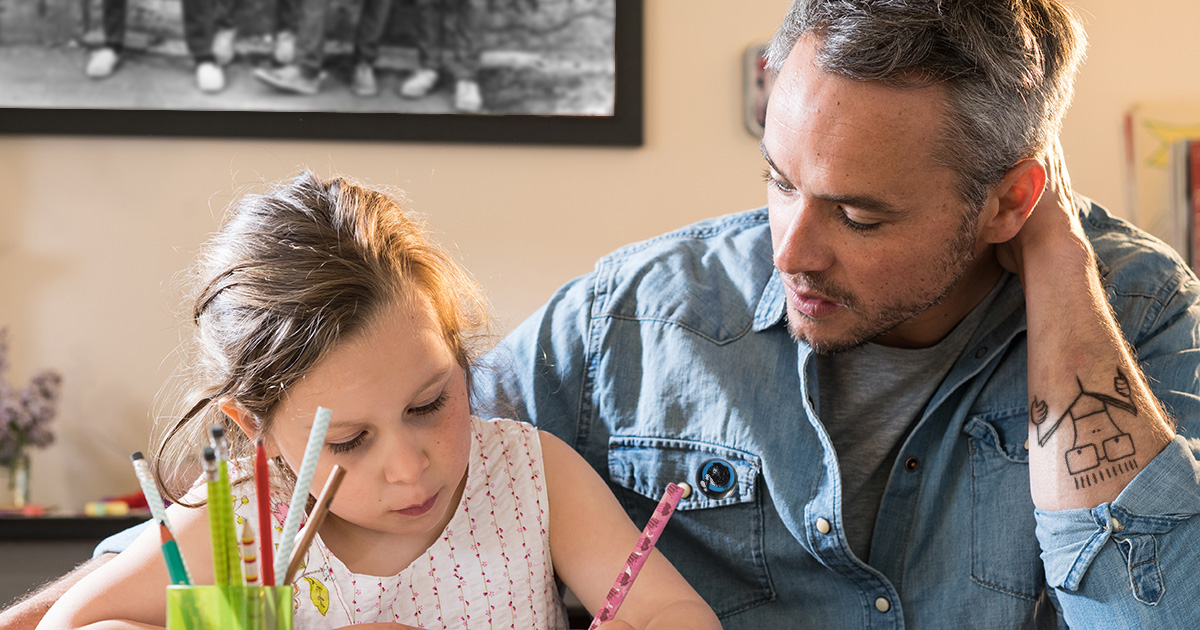 BLUE ISLAND, Ill. — Local father Lucas Carroll is doing his best to homeschool his children during coronavirus stay-at-home orders, even though his area of expertise is limited to the member changes of seminal punk band Black Flag, ambivalent sources confirmed.

“My kid’s teachers sent me these syllabuses to work off of, but I don’t know anything about cell structure or genetics… and I really don’t care either,” said Carroll. “And sure, I don’t know anything about what a seventh-grader learns in math, but I do know every Black Flag frontman from Keith Morris to Mike Vallely, and that Chuck Biscuits had the shortest tenure as drummer. In the real world, my kid will never need to know the Pythagorean Theorem, but knowing that Kira Roessler was the only female member of Black Flag is invaluable in bar trivia.”

For his part, Carroll’s son Bryan isn’t sure he can memorize all the lineups before wearing any Black Flag shirts in public.

“I’m pretty sure I should be reading ‘To Kill a Mockingbird’ and discussing the racial implications or something like that, but instead, my dad told me to read something called ‘Spray Paint The Walls,’ which even I know is inappropriate for a kid my age,” the younger Carroll said. “I’ve actually forgotten most of the former U.S. presidents, but I can tell you that Greg Ginn is Black Flag’s sole constant member. I’m starting to think that since I don’t know what ‘Manifest Destiny’ is, but I know Ron Reyes quit the band in the middle of a show at the Fleetwood in Redondo Beach, that I’m probably going to have to repeat the sixth grade.”

Teachers everywhere are reporting new gaps in their students’ education.

“I had one student refer to the Reagan presidency as ‘Dio-Era America,’” admitted Tamara Curry, a middle school teacher in Joplin, Mo. “At least music history is somewhat useful. I had one kid send me an essay on how Rebecca’s run on ‘Cheers’ is actually superior to Diane’s. That’s not only irrelevant to anyone’s education, but it’s also grossly inaccurate.”

Carroll’s curriculum will reportedly include the entire Sonic Youth discography if the quarantine continues after summer break.