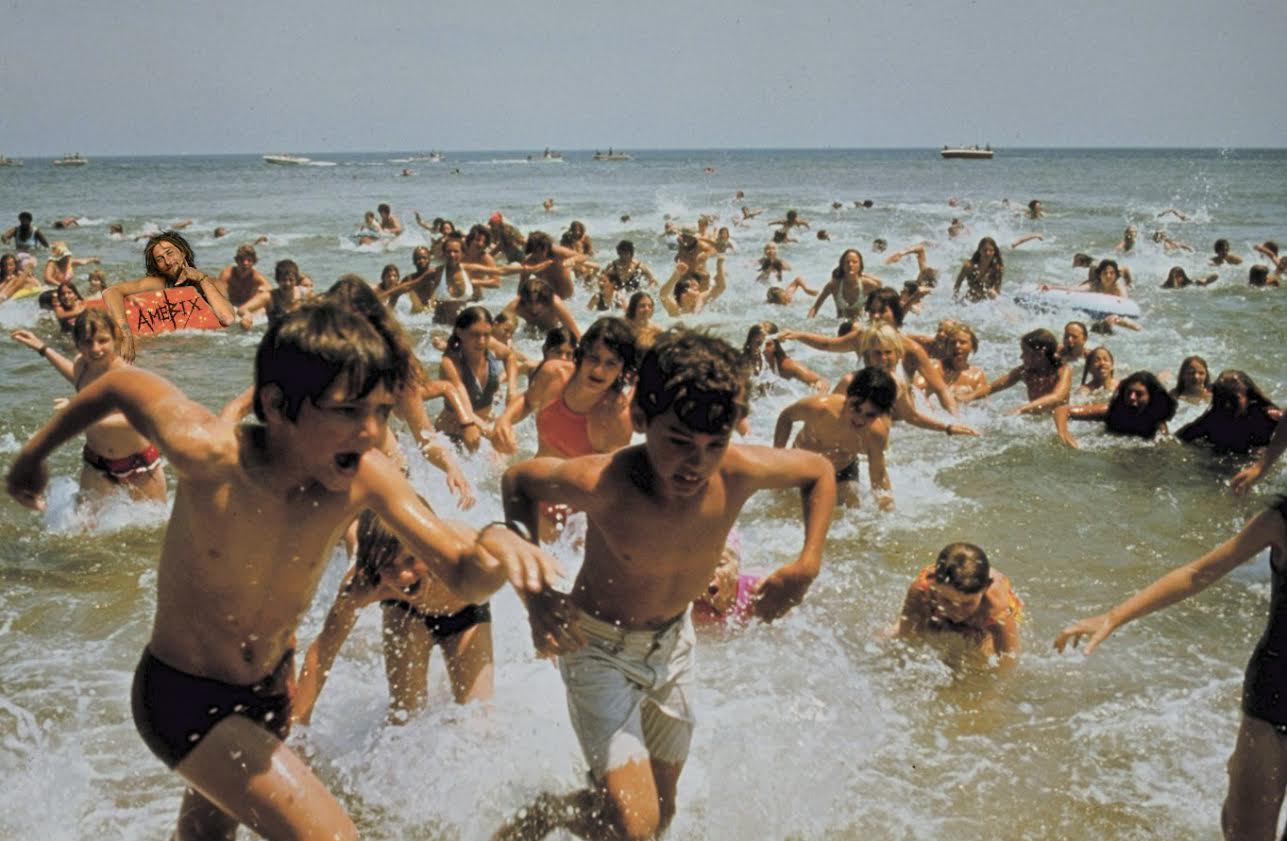 NANTUCKET, Mass. – The breezy, seaside tranquility of a Nantucket beach was shattered this weekend by the arrival of a rogue crust punk who, according to one lifeguard and the town’s conservative senior citizens, terrorized the small town and left many residents of the island community searching for answers about how they can keep their children safe.

Norman Adams, owner and proprietor of Ye Olde Fudge & Candy Apple Shoppe, was the first to encounter this elusive, dreadlocked beast while enjoying a hotdog in the water.

“I was only waist deep,” Adams, whose hand was still bandaged from a bite sustained during the attack, said. “I felt a small tug and the next thing I knew I was being pulled under. When I surfaced, the hotdog was gone.”

Doris Hawthorne, owner of the hair and nail salon, Dropdead Gorgeous, had a frightening experience interacting with the crust punk.

“At first I thought that it was a just a pile of old, olive-colored discarded rags,” she recalled. “But then it spoke, and it was even more vile than that dead whale that washed ashore last year,” she said, wiping the tears from her eyes.

Dr. Fredericks Trenga, one of the world’s leading experts on crust punks, says that the appearance of a crust punk on an island such as Nantucket could be a sign the crust ecosystem is collapsing. “A thousand years of evolution have turned these beasts into the perfect (fascist) killing machines. But the fact it would show up here is a sign it was so hungry it was willing to fly via commercial jet to the island to visit its parents’ beach house.”

Visitors have been encouraged to return to the beach, but to exercise caution. Crust punks are attracted to shiny objects — such as coins — and the sound of them jangling, or splashing in the water, can trigger attacks. Also, if imbibing in alcohol, only do so indoors, away from the water — as crust punks can smell spilled alcohol from miles away. But most importantly experts warned the community that if they’re familiar with any of the bands that the crust punks have patches of, don’t engage them in conversation about how you saw the band play before the crust punk was even born. Just calmly swim away.