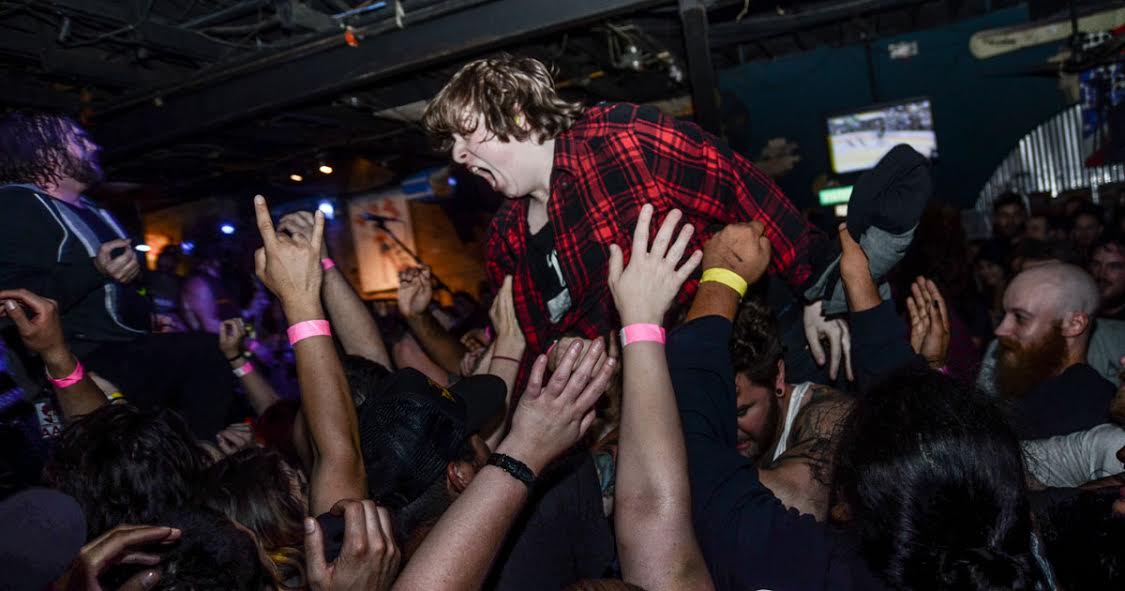 CLEVELAND — Showgoer Timothy Boyce has become trapped in a mosh pit after his panicked flailing and aggressive shouting were mistaken as genuine moshing, witnesses confirmed.

“Tim’s been in there for at least 20 minutes now,” said worried friend Anna Berlowitz. “He went to use the bathroom while the next band set up, and he was walking back, politely maneuvering through the center of the crowd, when the band ran out and shouted, ‘We are Blood From Nowhere from Columbus fucking Ohio. Fuck this place up!’”

“I bet this is what it is like to watch someone drown,” she added solemnly.

Reportedly, Boyce’s struggle escalated quickly when his fevered clawing and frustrated protesting was taken as an instigation of an especially raucous pit.

“Tim is pretty uncomfortable with crowds, and hates risking hurting himself,” she said. “It was like watching a frog snap a fly out of the air — they just pulled him in. I texted him that if he stands in the middle of the circle pit, he’ll be relatively safe… like in the eye of a hurricane. But there’s no way he’ll take out his phone in there.”

Those along the edge of the pit report a man matching Boyce’s description “…just tearing shit up in there.”

“That little dude crowd killing and clawing everyone on the edge up? He’s wild as hell,” said scene veteran Melinda Ranstad. “I’ve never seen someone cover so much ground during the time between songs. I thought the little fucker taped razor blades onto his gloves or some shit with all the damage he’s doing, but maybe he just needs his nails trimmed.”

However, others admitted they were less than impressed with Boyce’s pit tactics.

“[Boyce] kept grabbing at me and looking into my eyes like he was about to cry, and it’s like… that’s a weird way to mosh,” said fellow attendee Steve Burgher. “So I pushed him as far away from me as possible. If he comes near me or my girlfriend again, I’m going to choke him out.”

While the 22-year-old Boyce was unavailable for official comment, he did offer stilted statements like, “Please help me, I don’t like this!” and “My ankle is fucked up!”

At press time, a tattered and bloody Boyce was overjoyed as the crowd around him all at once parted ways to allow his escape. It became clear seconds later, however, that this was only the setup for a “wall of death.”