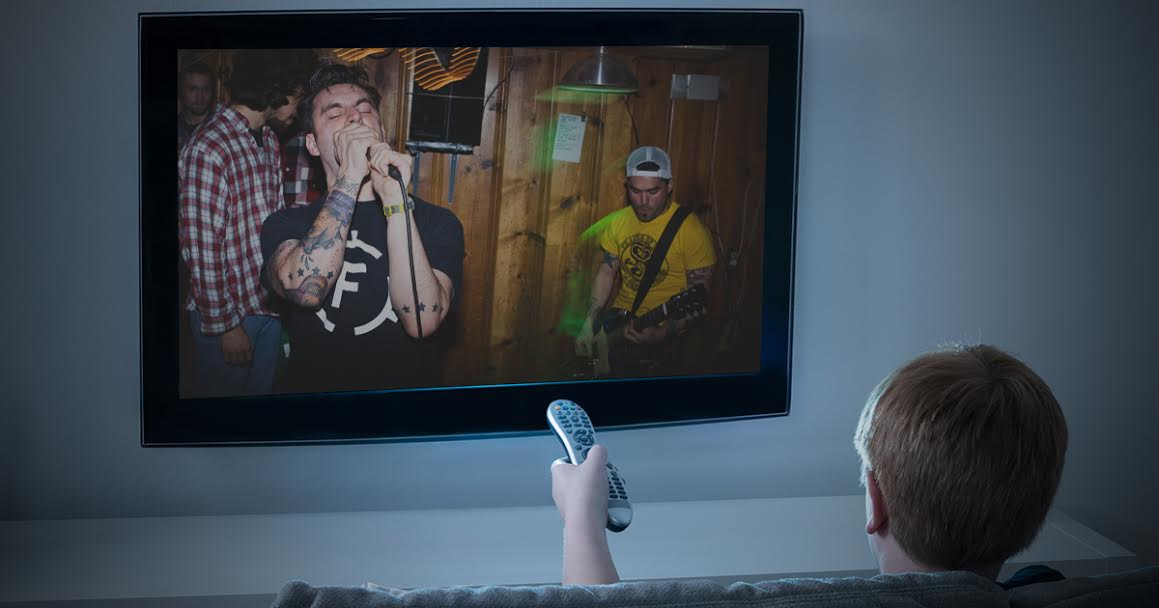 NEW YORK CITY — Cinemax will begin airing softcore, heavily edited recordings of punk shows late at night for mature audiences in November, according to a press release from the famed cable network.

“‘Cinepunx’ will feature the best softcore punk around,” said head of programming Alexander Wallace. “We’ve partnered with bands like Joyce Manor, Title Fight, Bowling for Soup, and All Time Low to offer tasteful videos of their live performances for the aging punk music fan.”

Test audiences, however, are not convinced. Focus groups feel the show has cut out the best parts of the live, underground music experience.

“There’s no blood, or swearing,” one participant said. “Like, right before the frontman of Knuckle Puck dives into the crowd, they cut away. At one point, it looked like a fistfight might’ve broken out in the pit, but the camera was so close up on the participant’s face, you can’t really tell what’s going on.”

“Kids can find the hardcore stuff online nowadays anyway. If you want to see some grind band play a basement, that’s fine,” said Cinemax president Kary Antholis. “We want to showcase mid-level bands playing clean venues — a separate, 21+ section for the home, so people can see a show without having to worry about spilled beer, or leaving the house.”

Cinemax developers are reportedly in early talks with Blink-182 to re-release their back catalogue through the channel as well. “We are so excited about working with Cinemax,” Blink-182 bassist Mark Hoppus confirmed. “Reminds me of when we’d pretend to be naked under pixelated boxes. Things are gonna get crazy…. within reason.”

However, in addition to the mixed reviews from test groups, parents across the country are also concerned by Cinemax’s new, alternative programming.

“What if my children see people with dyed hair doing that half-scream/singing thing?” said Susan DeGilio, founder of Mothers Against Punk Situations [MAPS]. “I don’t care how much they cut out. It’s still filthy, vile punk rock. I lost my first son to punk music from just one Simple Plan song playing at a Hot Topic. I don’t want it to happen again.”

In response to Cinemax’s new programming, the recently relaunched Spice channel announced it would be airing uncut show footage from modern hardcore bands, including Terror, Backtrack, and Powertrip.