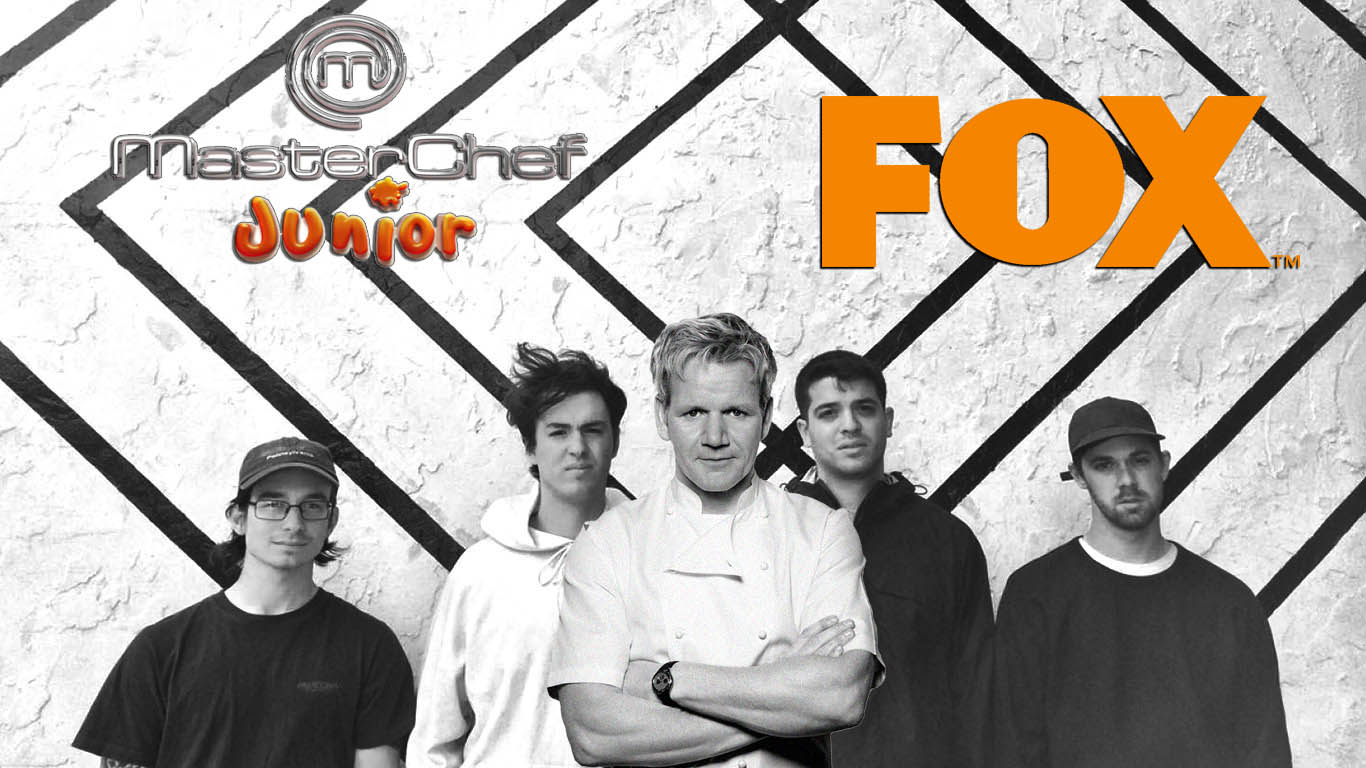 KINGSTON, Pa. – Title Fight is set to debut their new music video for the single “Hypernight” on next week’s episode of MasterChef Junior with Gordon Ramsay.  The pop punk veterans turned shoegaze heroes have been on a whirlwind of publicity stops since the release of their new album “Hyperview”, including a write-up in GQ Magazine and the streaming of “Your Pain Is Mine Now” on Vogue.com. The band says airing the video on Gordon Ramsay’s latest hit TV show featuring young prodigy chefs was the next logical step.

“Well, originally we wanted to debut the ‘Hypernight” video on Ellen, but she had Kanye West booked again and MasterChef Junior just seemed like the next best thing,” Ned Russin, bassist and fashion icon, explained. “I really like how Ramsay is more toned down in his later work, and I’m really hoping the kids on MasterChef Junior have open minds and can appreciate the growth of the band.”

The contestants on the show, aspiring chefs between the ages of eight and 12, are a good demographic representation of Title Fight’s fan base – and they seem excited to get the first glance of the “Hypernight” video.

“I’ve been following the band since the beginning and, while I tend to usually lean more towards the energetic pop punk meets hardcore sound of 2011’s ‘Shed’, I am interested in the new alt-gazey approach put forward on ‘Hyperview’ and foreshadowed on certain tracks from ‘Floral Green’,” AJ, a 10-year-old competing on the culinary battlefield to win the title of MasterChef Junior and a fan of chorus pedals, told The Hard Times.

While the show might seem like a strange place to debut a new music video to some, Chef Gordon Ramsay’s fanatical support of Title Fight may have been a deciding factor in the band’s choice.

Catch MasterChef Junior Tuesday, Feb. 10 at 8 p.m. on FOX to see the “Hypernight” video, and be sure to also pick up this month’s Cosmopolitan magazine for Ned’s editorial “10 Sexy Youth Crew Shirts to Get the Hot Straight-Edge Boy of Your Dreams”.