Punk Band Cannot Refuse Any Favors Asked of Them on This, the Day of Their Album Release Party 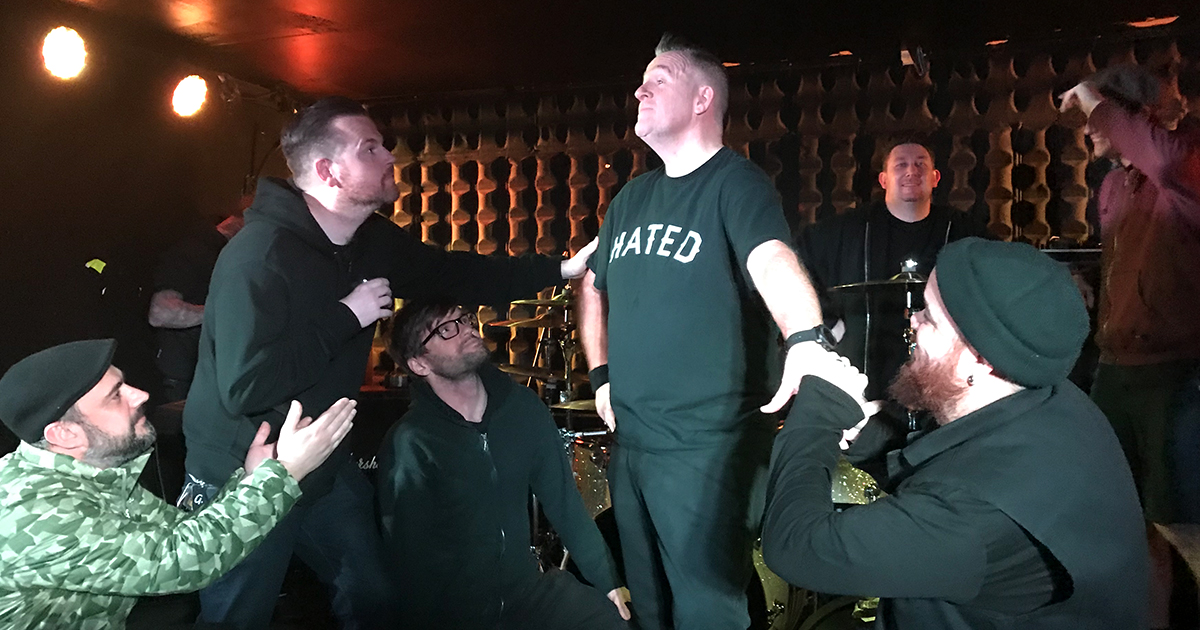 CLEVELAND — A line formed outside the legendary DIY venue The Basement last night, where locals could request favors of punk band Simeon’s Curse without fear of refusal, following what is said to be a decades-old, album release party tradition.

“When a band has an album release party, people can ask for whatever they want without reprisal, and as tradition dictates, the band must comply,” said well-wisher and favor requestor Drew Stephens. “Ever since I saw the flyer for the show, I started brainstorming what I would want from them — and I’m going to ask to borrow their drum kit, with no specified return date. Days like this don’t come often.”

Simeon’s Curse, which released its second album Refrigesco earlier in the week, is said to be ready to pick up bar tabs, let people crash at their place, “ice out” known posers, and produce EPs for younger bands. However, additional requests included dog walking, dog sitting, and dog grooming.

“We’ve already agreed to play seven birthday parties for free,” Simeon’s Curse guitarist Ken Meonsky said during a short break. “And I can’t even remember how many open mics we have to go to and give feedback on. But it’s nice to know we won’t have to say ‘yes’ to anything else for a long time.”

Outside of invasive medical procedures, the old-world album release custom requires the band fulfill anything requested of them, no matter the consequences. While most of the requests are to use the band, and their van, to help someone move, some of the requests are more unique.

“I told this girl I was in a band… but I’m not actually in a band. So I’m going to ask these guys to pretend I’m in their band,” showgoer Josh Lien explained to a friend while waiting in line. “They’re going to have to let me photoshop myself into promo shots and list myself on their Wikipedia page for a while… and play the drums for at least one gig. So I guess I need to learn the drums.”