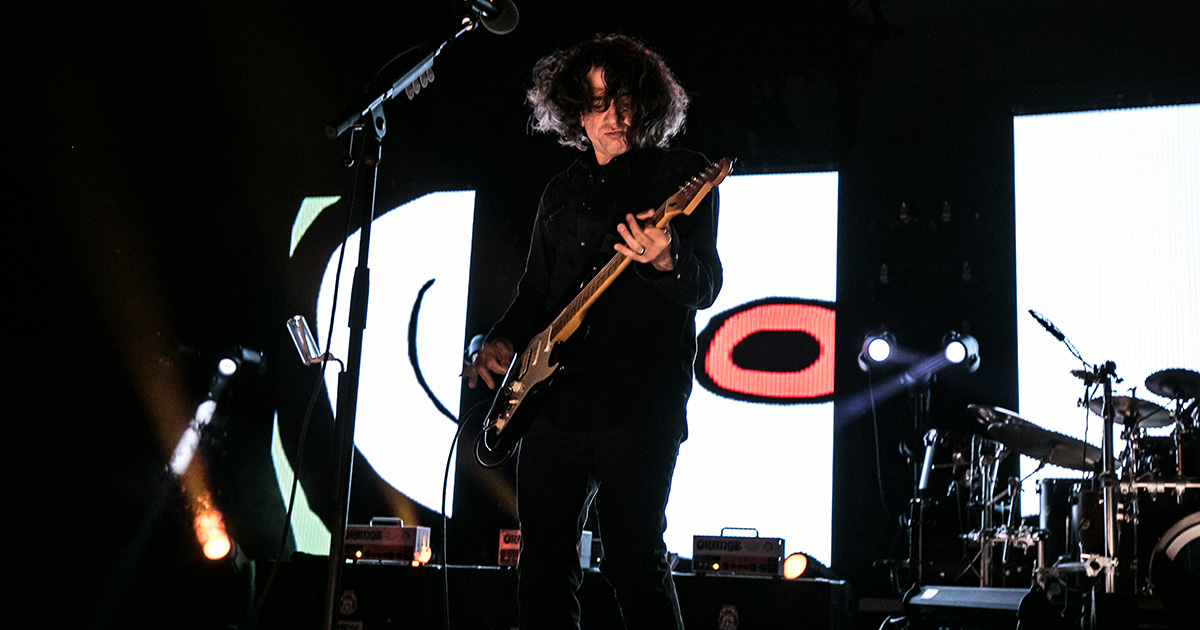 EL SOBRANTE, Calif. — Primus guitarist Larry “Ler” LaLonde quietly admitted today that he’d like to get one of his original songs onto one of the trio’s upcoming releases, despite years of creative suppression from renowned band leader Les Claypool, close friends of LaLonde reported.

“The last time I brought up one of my originals to [Claypool] was back during the ‘Pork Soda’ sessions,” LaLonde said, anxiously looking over his shoulder. “It did not go over well with His Eminence — which is what we’ve been instructed to call him. I still have remnants of the scratch marks he left on my face that evening.”

Those most familiar with LaLonde noted that, despite no success getting original work onto an album, he has unquestionable songwriting talent.

“David Bowie once pulled me aside to tell me personally he was envious of Larry’s ability to compose music,” whispered Primus drummer Tim “Herb” Alexander discreetly. “Larry’s lyrics eloquently and thoughtfully shine a light on the most cultural and political shortcomings of our era… but His Eminence shoots down anything that doesn’t have to do with beavers, tweakers, or mud. He says he writes in metaphors, but I’m not sure anyone ever gets what he’s talking about most of the time. I sure don’t.”

Music producers have long heard of Claypool’s domineering influence in the band, often comparing his leadership style to Benito Mussolini or Dave Mustaine.

“I’m incredibly compromising, no matter what those non-ruminant mongrels say,” Claypool said after hearing of LaLonde’s intentions. “In fact, mere minutes ago I struck up a deal with that guitar man agreeing that he can write the third verse on the last b-side of our next single titled ‘The Circular Delirium of Them Bastard Rats’ on account that I choose the lyrical subject matter, time signature, and chords. He’s got complete control on the rest, though.”

At press time, Primus’s publicists announced a release date for their new single, but that LaLonde’s verse had been scratched last minute due to “irreconcilable differences” and he had been demoted to rhythm bass after “acting out.”