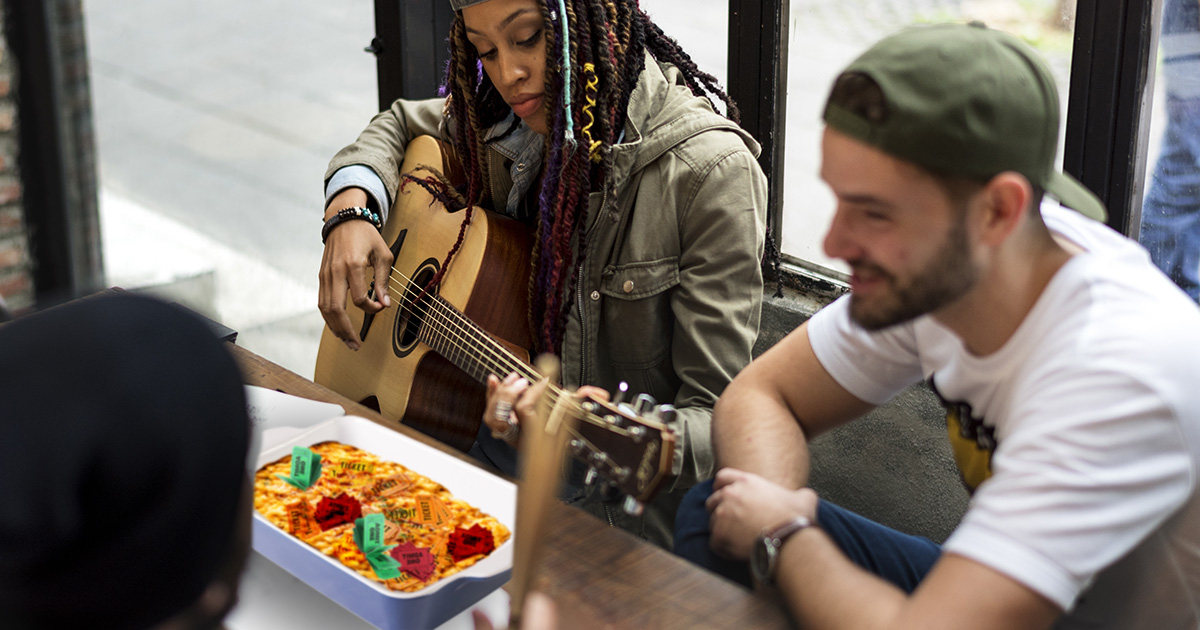 DOVER, Del. — Struggling power-thrash band Boot Full of Piss recently sat down to a predictably cheap dinner made up of a bunch of unused drink tickets baked together into something that might be supposed to resemble food, sources who had to sell the tour van to pay for gas confirmed.

“Look at what we’ve been reduced to. It’s times like this I wish we hadn’t all lost our jobs at Guitar Center for getting drunk behind the Peavey display,” bemoaned drummer Smitty Twindles. “That we even had to save these tickets in the first place is pretty depressing. No band should ever have to choose between food and booze – or amphetamines, for that matter. Thankfully my aunt died last week so I took everything in her fridge and we mixed it all together with the drink tickets to make this mess. It might kill us, but this is the price you pay.”

Several venue owners defended their decision not to pay the band in any currency other than an exchange note for lukewarm Bud Lights.

“Those jags are lucky to have gotten anything at all. They played for like four people… on a Saturday headlining spot! Honestly, I think people avoided this place just because they were here,” explained Doug Klondike, owner of The Beached Whale taproom. “They should probably just quit while they’re ahead. Maybe try trade school. The world needs plenty of plumbers and they’re used to dealing with shit anyway.”

Punk celebrity chef, Pit Beef, was supportive of the band’s innovative use of drink tickets as cuisine.

“As I explain in my books Eat Me: 101 Recipes For Touring Bands and The KKK To My Lasagna Away: Fighting Facism With Oregano, when you’re in a band sometimes you need to be creative when you’re figuring out where your meal is coming from,” said the heavily tattooed star of Viceland’s “Eat Me Out.” “Are there a bunch of half-full beer cans laying around from the party last night? That’s breakfast now. Did the drummer run over a cat with the tour van? That’s lunch. I applaud these boys and their ingenuity – and you can read all about that in my next book Touring on a Budget: How To Convince Your Bassist There are Calories In the Air.”

At press time, Boot Full of Piss was still attempting to choke down the casserole with the promise of drink ticket pudding if they were all in the clean plate club.