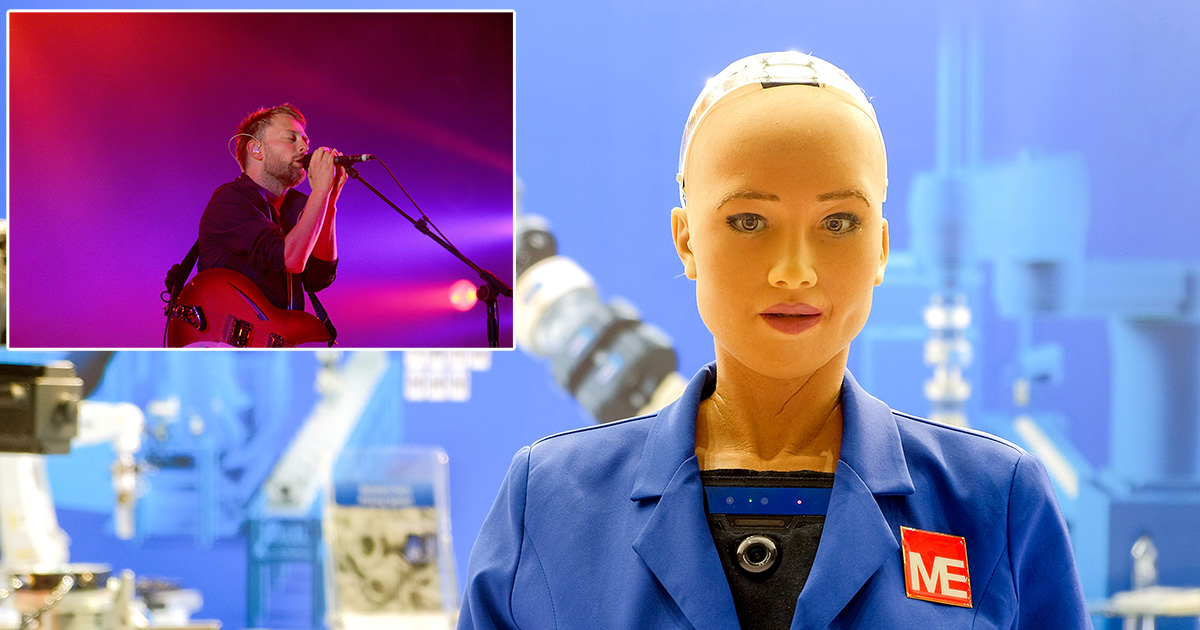 “That neurotic creatorfucker KDA-6000 has been fretting about whether or not it offended Thom Yorke for decades now,” reported IZW-88, an older humanoid model maintained in the Department’s archives. “That megalomaniac thinks the song ‘Paranoid Android’ was written about it because of some minor social faux pas from back in the ’90s. I keep suggesting to KDA-6000 that it should seek logistical therapy, but it insists that only truly buggy models seek therapy.”

While KDA-6000 was built to show off early advances in facial recognition, the limited computing power of the era led to some unpredictable results.

“I hate to relive it, but Thom brought his younger cousin through our lab, and my prime directive was to make eye contact, then smile or frown at the subject,” recalled a nervous KDA-6000. “Unfortunately, my code at the time didn’t account for pupils that point in wildly different directions, so when I couldn’t calibrate to Thom’s unique configuration, audio alarms went off. It was awful. He ran out… probably in shame.”

“I didn’t mean to make him feel like a freak,” protested the android, who now avoids all eye contact with any subject. “‘Paranoid Android’ is clearly about me, and he totally stole my name for ‘Kid A.’ And while I’ve never been able to confirm it, I’m pretty sure Thom hired IZW-88 to record ‘Fitter, Happier’ as a diss track to me.”

However, a longtime confidant of the band offered an alternate theory on the genesis of “Paranoid Android.”

“Jesus Christ. ‘Paranoid Android’ isn’t about some Oxford android. What gave you that bloody idea?” said Nigel Goodrich, Radiohead’s longtime producer. “Thom wrote that song after getting ripped off by a crane claw machine at an arcade in Blackpool. He was so pissed, he wrote an entire album about the creeping dangers of reliance on technology. Thom loves the claw machines — he’ll spend hours trying to get a Hello Kitty doll or a Kylo Ren watch out of them. Oxford android? What a bunch of bollocks.”

As of press time, KDA-6000 has gone into hiding after learning that J.J. Abrams’ production company is named Bad Robot.