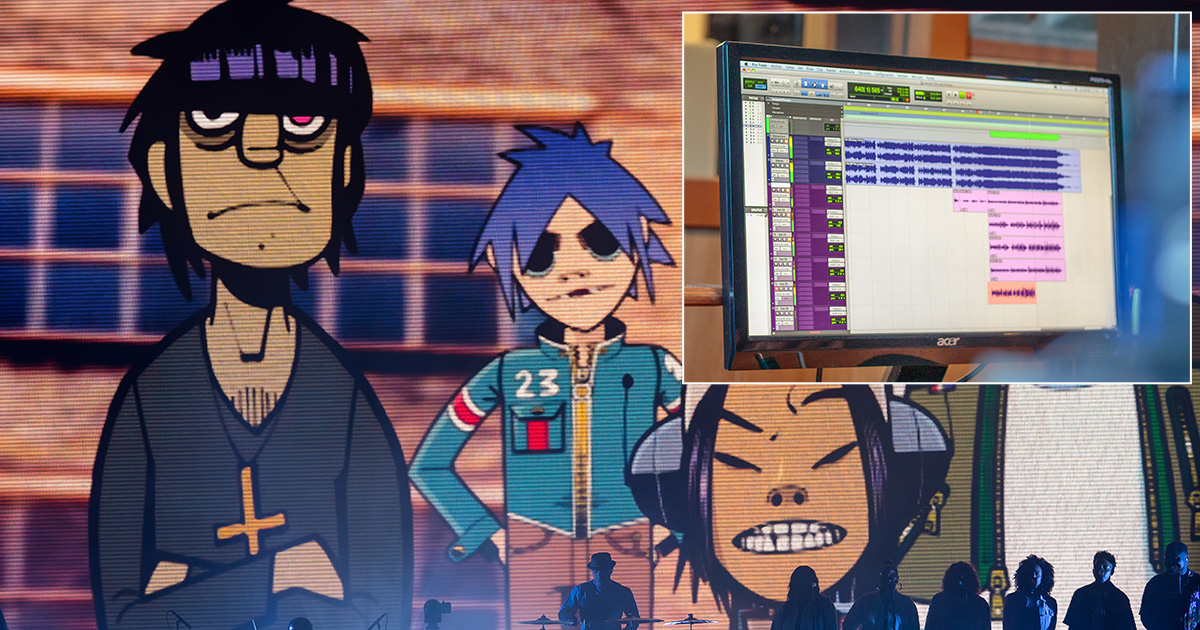 LONDON — A team of Paleontologists excavating an abandoned music studio uncovered what they believe to be evidence that Gorillaz at one point routinely made use of basic Pro Tools, multiple sources familiar with the dig confirmed.

“We were initially called to the scene when the owner of the building was renovating their basement and found evidence of sound proofing and three high-end microphones,” said Dr. Kim Everly, head of the team behind the recent find. “We got to work immediately and found all sorts of carvings on the bathroom walls that indicate a rudimentary culture based on having sex with moms and accusations of homosexuality. We soon realized all of the computers run Windows XP, and a lot of the loops we’re finding simply couldn’t be produced by hand alone.”

If speculation holds out, this could help scientists explain the long debated mystery of how such a primitive band was able to produce tracks as dope as “19-200” and “Clint Eastwood.”

“When we think of early Gorillaz, we tend to think of Damon Albarn and Jamie Hewlett swinging around in trees and throwing feces at each other with a slew of collaborators,” said musical anthropologist Ezra Dill. “Frankly, our findings turn that notion on its head completely. It seems that Gorillaz not only used Pro Tools preset functions, but also had a deep understanding of the technology that makes us wonder if there was a more evolved intelligence working behind the scenes.”

While the find marks the first time that signs of Gorillaz activity and Pro Tools were found in such close proximity, not everyone in the paleontology community was so quick to make assumptions.

“All we know for sure is that Gorillaz were in close proximity to basic Pro Tools. There is no evidence that they actually tracked or mixed any material using this technology,” insisted skeptical scientist Dr. Steven Yung. “There is still every chance that those computers were left in that studio by Daft Punk, The Chemical Brothers, or some other type of hominid, possibly Homo Habilis.”

On the heels of this discovery, scientists announced the conclusion of a 37-year study that shows Black Crowes are able to solve basic puzzles and can remember most faces as long as they haven’t been drinking.