Overweight Pop-Punk Frontman Wants to Get Out of Hometown Buffet 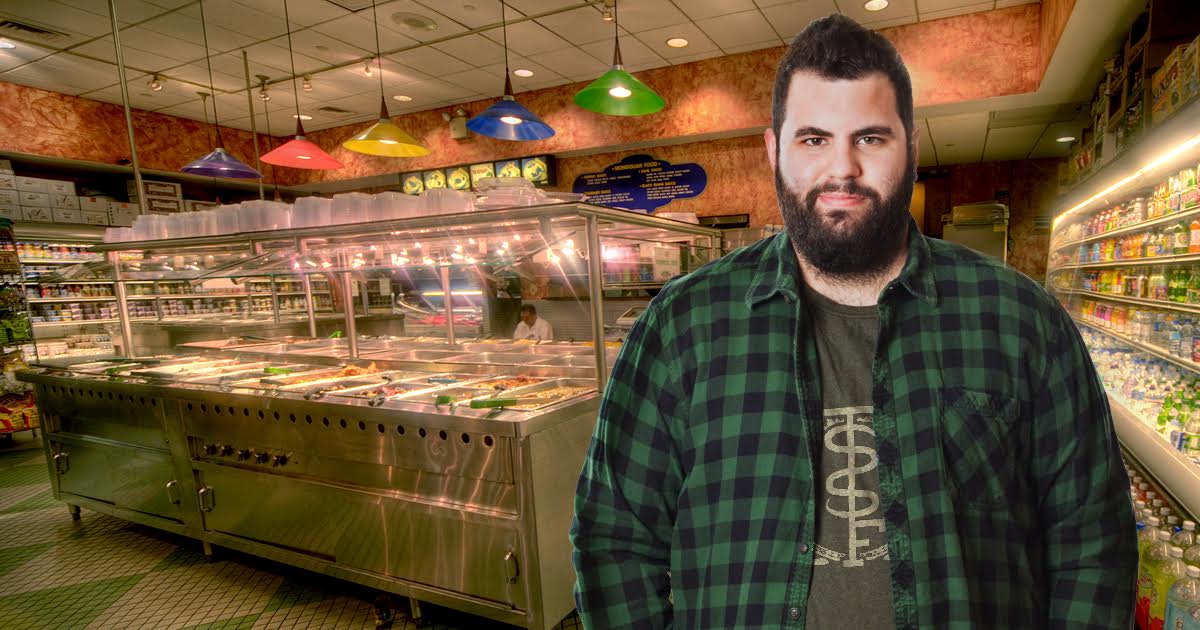 DULUTH, Minn. — The overweight frontman of Duluth pop-punk favorites the Buttercream Gang admitted earlier today to his growing desire to leave his local Hometown Buffet, according to restaurant employees.

Darrell Vaughn, who cited Duluth’s favorite buffet-style American eatery as his primary lyrical inspiration, increasingly feels he cannot escape the lure of chocolate fountains and unlimited macaroni and cheese. “I come here and I see these same tired faces, these worn out places,” said Vaughn, pausing to jot the line in a dog-eared notebook. “I know I’m trapped — that I’ll never get out of here, no matter how hard I try.”

“It’s like these walls are weighing me down, you know? Literally and figuratively,” he added, motioning to two plates of shrimp cocktail.

Hometown Buffet employees claim they’ve gotten used to Vaughn’s sometimes scornful sensibility. “Yeah, that poor kid is always here,” said line cook Gayle Weathers. “He’ll say my face looks ‘worn out,’ or that he feels like he’s always ‘waiting for something.’ I have to say, I really don’t appreciate that, considering he’s usually waiting for us to refill the pork spareribs. Implying I’m a soulless husk of a person isn’t gonna make the ribs cook faster.”

Vaughn, on the other hand, insisted the buffet’s confines and country-style decor cramp his “boundless ambition.”

“Look at all these people. Follow the rules, they say. Stand in line, wait your turn,” said Vaughn, cutting in front of an elderly man for the last piece of cornbread. “Makes me sick. This place isn’t for me. I have to break free. Shit, where’s my notebook?”

Vaughn, well aware of the negative health effects of his frequent trips to the buffet chain, nevertheless predicted he’ll yearn for the familiarity of the restaurant when he leaves.

“For all it’s flaws, I’ll probably always love this place. When I eventually go, I know it’s always going to be in my heart,” Vaughn said wistfully, grimacing from a brief chest pain. “I know I’ll be taking a piece with me.”

UPDATE: Vaughn’s attempt to take home a piece of three-layer chocolate cake was unsuccessful due to a strict “no doggy bags” policy.