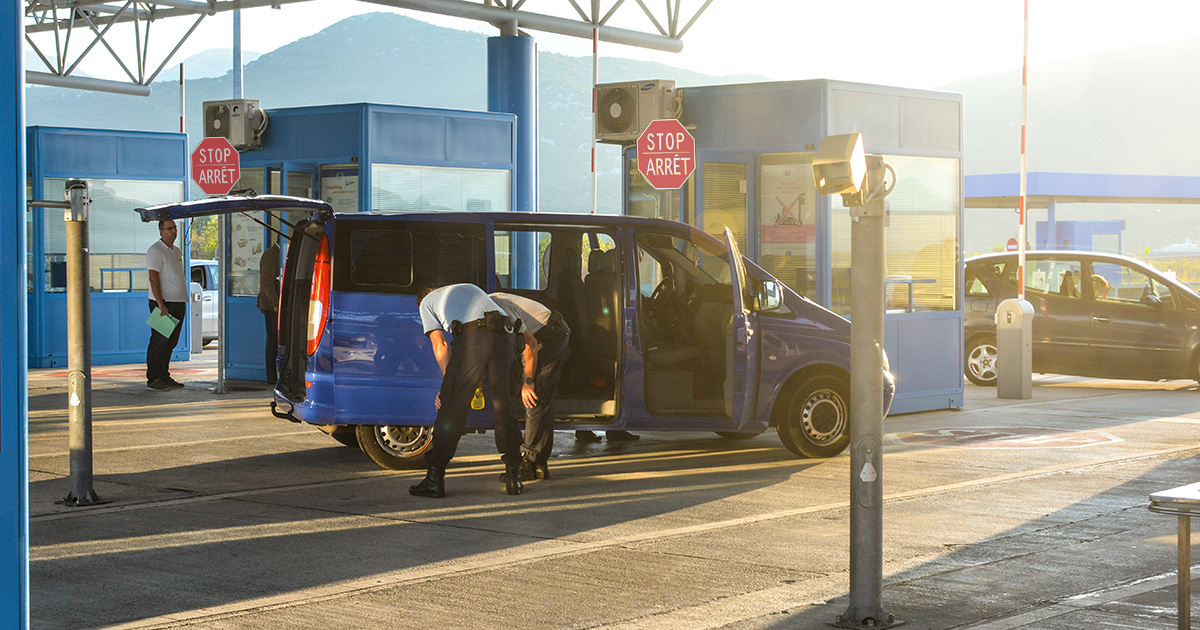 BLAINE, Wash. — Local band with at least one felony, Green Stream, will not be playing their scheduled Vancouver and Calgary shows of a current tour for reasons unconfirmed but not terribly hard to figure out, according to sources.

“The band arrived at the land border. We investigated the identity of one member, Mr. Tessel, and we have decided to hold everyone who was in the van,” CBSA Officer Morgan Page explained. “I am not at liberty to discuss the nature of these charges, but most of these fellas sure do seem to have the smell of alcohol on their breath, which would track with at least a few of the charges dating back to 2014 that I’m seeing here.”

The band was collectively frustrated at Canada’s border policy, and not bassist Nicolas Tessel, who blew a 3.2 BAC six months prior in their hometown of San Pedro.

“Look man, Nicky has been going through some shit. He got kicked out of his girlfriend’s grandma’s house and can’t see his girl or their kid now,” singer Jeffery Hamm stated. “He’s not a saint by any means, but who among us hasn’t had two felony DUIs, a bench warrant, and a pending domestic abuse charge? I don’t think it would make us any better people to judge him for his mistakes, but apparently the entire country of Canada does, which is kind of the opposite of what you hear about Canadians.”

Tour mates Bad Waxx will be continuing the tour through Canada before returning to the U.S. to play in Montana where they hope to reunite with Green Stream.

“Man, Nicky is nice and all, aside from being just objectively a huge piece of shit. But honestly, I’m not sure why the band keeps him around. Even if he wasn’t banned from entering a neighboring country for life, most punk houses and a few Best Western franchise locations won’t let those guys stay a night because of that guy,” said Bad Waxx singer Mitch Gonzalez. “Shit, I don’t think they even plugged in his amp during the last show, that cab is basically just a place where the rest of the band puts their drinks.”

At press time, the band’s merch girl was the only person in the group permitted into the country, just moments before losing her ID, cell phone, and van keys.